Home » Holler of the Fireflies 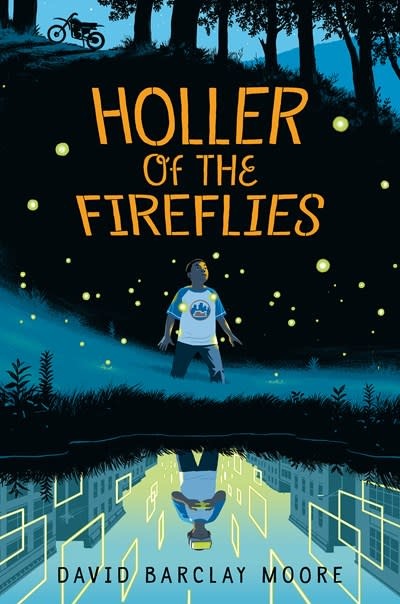 Holler of the Fireflies

A boy from the hood in Brooklyn travels to a STEM camp in an Appalachian holler for one epic, life-changing summer.

A brilliant new novel from the award-winning author of The Stars Beneath Our Feet.

Javari knew that West Virginia would be different from his home in Bushwick, Brooklyn. But his first day at STEM Camp in a little Appalachian town is still a shock. Though run-ins with the police are just the same here. Not good.

Javari will learn a lot about science, tech, engineering, and math at camp. And also about rich people, racism, and hidden agendas. But it’s Cricket, a local boy, budding activist, and occasional thief, who will show him a different side of the holler—and blow his mind wide open.

Javari is about to have that summer. Where everything gets messy and complicated and confusing . . . and you wouldn’t want it any other way.

DAVID BARCLAY MOORE is the author of The Stars Beneath Our Feet, which won the Coretta Scott King–John Steptoe Award for New Talent.

David was born and raised in Missouri. After studying creative writing at Iowa State University, film at Howard University in Washington, D.C., and language studies at l’Université de Montpellier in France, David moved to New York City, where he has worked in film, journalism, and communications.