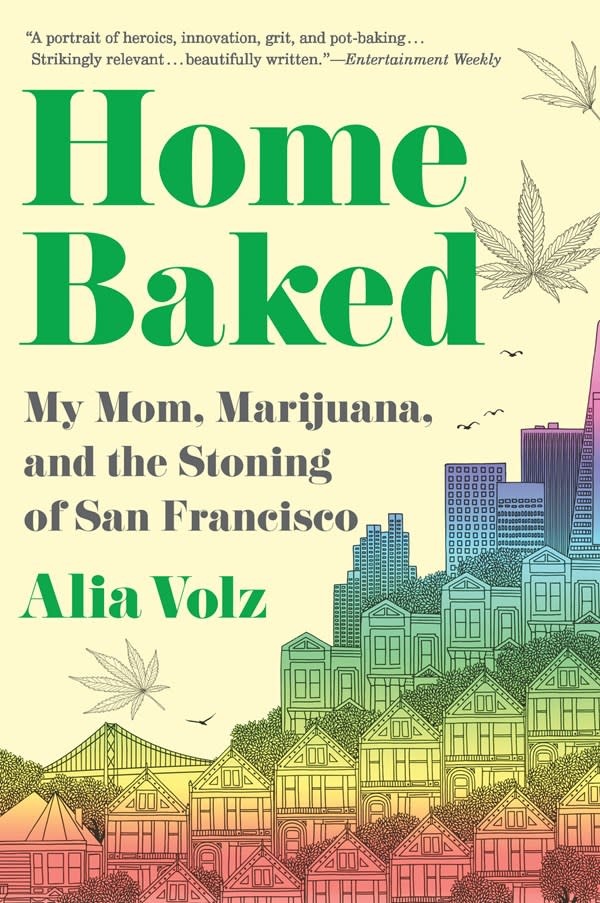 Finalist for the National Book Critics Circle Award for Autobiography

“A portrait of a heroics, innovation, grit, and pot-baking . . . strikingly relevant . . . beautifully written.”

"A raunchy and rollicking account of a vanished era told by someone who paid very close attention to her larger-than-life parents. I gobbled it up like an edible."

In the 1970s, when cannabis was as illicit as heroin, Alia Volz’s mother ran Sticky Fingers Brownies, a pioneering underground bakery that delivered ten thousand marijuana edibles per month to a city in the throes of change—from the joyous upheavals of gay liberation to the tragedy of the Peoples Temple. Dressed in elaborate costumes, Alia’s parents hid in plain sight, parading through the city’s circus-like atmosphere with the goods tucked into her stroller. When HIV/AIDS swept San Francisco in the 1980s, Alia’s mom turned from dealer into healer, providing soothing edibles to those fighting for their lives at the dawn of medical marijuana.

ALIA VOLZ is the author of Home Baked: My Mom, Marijuana, and the Stoning of San Francisco, winner of the 2020 Golden Poppy Award for nonfiction from the California Independent Booksellers Alliance. Her work has appeared in The Best American Essays, The New York Times, Bon Appetit, Guernica, The Best Women's Travel Writing, and many other publications. She's received fellowships from MacDowell and Ucross. Her family story has been featured on Snap Judgment, Criminal and NPR's Fresh Air. She lives in San Francisco, CA.