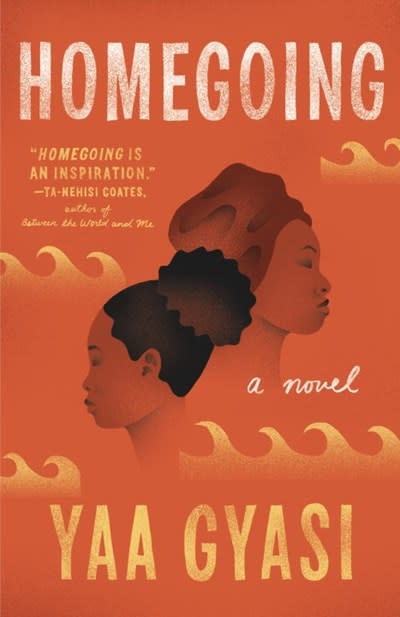 A stunning debut novel that signals the beginning of a major career: a story of race, ancestry, and love that traces for seven generations the descendants of two sisters torn apart in eighteenth-century Ghana.

Two half sisters, Effia and Esi, unknown to each other, are born into different villages in eighteenth-century Ghana. Effia is married off to an Englishman and will live in comfort in the palatial rooms of Cape Coast Castle, raising children who will be sent abroad to be educated before returning to the Gold Coast to serve as administrators of the empire. Esi, imprisoned beneath Effia in the Castle’s women’s dungeon and then shipped off on a boat bound for America, will be sold into slavery. Stretching from the wars of Ghana to slavery and the Civil War in America, from the coal mines in the American South to the Great Migration to twentieth-century Harlem, Yaa Gyasi’s novel moves through histories and geographies and captures—with outstanding economy and force—the troubled spirit of our own nation. She has written a modern masterpiece.