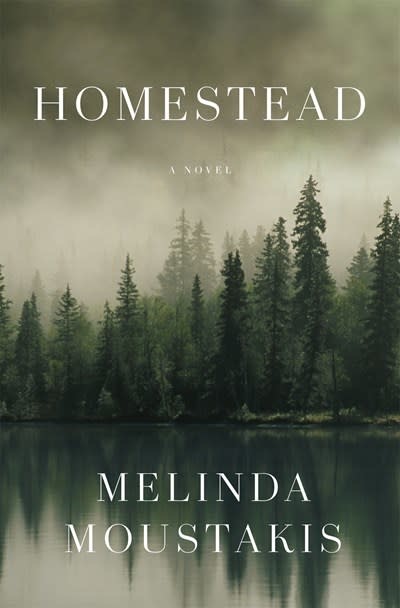 Anchorage, 1956. When Marie and Lawrence first lock eyes at the Moose Lodge, they are immediately drawn together. But when they decide to marry, days later, they are more in love with the promise of homesteading than anything. For Lawrence, his parcel of 150 acres is an opportunity to finally belong in a world that has never delivered on its promise. For Marie, the land is an escape from the empty future she sees spinning out before her, and a risky bet is better than none at all. But over the next few years, as they work the land in an attempt to secure a deed to their homestead, they must face everything they don’t know about each other. As the Territory of Alaska moves toward statehood and inexorable change, can Marie and Lawrence create something new, or will they break apart trying?

Immersive and wild-hearted, joyfully alive to both the intimate and the elemental, Homestead is an unflinching portrait of a new state and of the hard-fought, hard-bitten work of making a family.

Melinda Moustakis was born in Fairbanks, Alaska, and grew up in California. Her story collection, Bear Down, Bear North: Alaska Stories, won the Flannery O’Connor Award, the Maurice Prize, and was a National Book Foundation 5 Under 35 selection. Her work has appeared in American Short Fiction, Alaska Quarterly Review, Granta, Kenyon Review, and elsewhere, and has been awarded an O. Henry Prize. She is the recipient of the Hodder Fellowship from Princeton University, the NEA Literature Fellowship, the Kenyon Review Fellowship, and the Rona Jaffe Cullman Fellowship at the New York Public Library. Homestead is her debut novel.