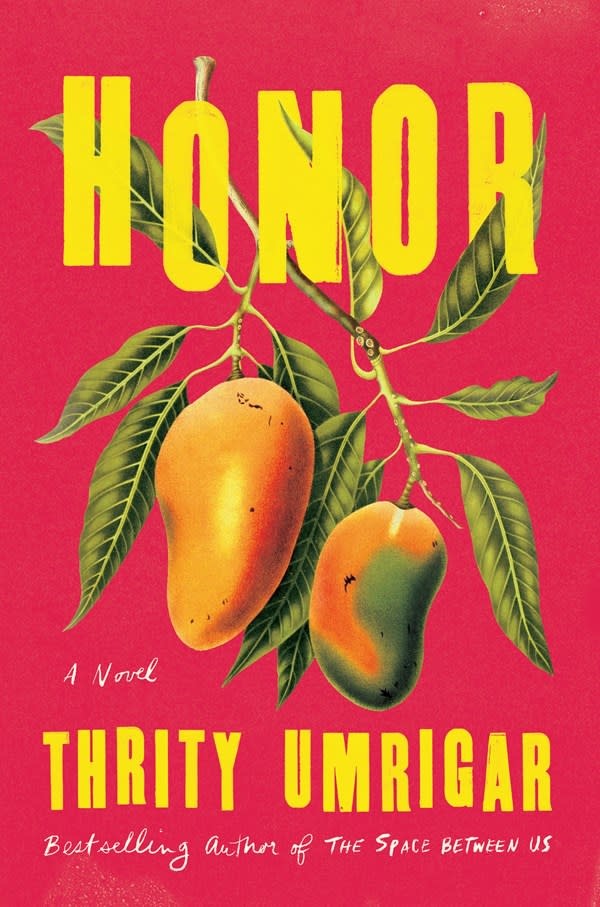 Bestselling author Thrity Umrigar tells the moving story of two Indian women and the courage they inspire in each other.

When Indian American journalist Smita returns to India to cover the story of Meena, she sees a culture where the marriage of a Hindu woman to a Muslim man is a source of family shame, a culture where being a woman is often shaped by violence. While Meena’s fate hangs in the balance, Smita tries in every way she can to right the scales. But she must also finally reckon with the privilege that becoming an American has given her, as well as face the trauma that led to her own family leaving India.

While on assignment, Smita also finds herself increasingly drawn to a man she meets. Yet the dual love stories of Honor are as different as the cultures from which they emanate; Smita enters into a casual affair knowing that she can decide, later, how much it means to her. At what point will she reckon with what her American privilege has afforded her? And what does she owe the women of her homeland?

Fans of Etaf Rum’s A Woman Is No Man will be gripped by the heartbreaking and perceptive story of Meena and Smita, two women trying to navigate how to live in a country where reprehensible things continue to happen, a country that they want, more than anything, to love and claim as their own.

Thrity Umrigar is the bestselling author of eight novels, including The Space Between Us, which was a finalist for the PEN/Beyond Margins Award, as well as a memoir and three picture books. Her books have been translated into several languages and published in more than fifteen countries. She is the winner of a Lambda Literary Award and a Seth Rosenberg Award and is Distinguished Professor of English at Case Western Reserve University. A former prize-winning journalist, she has contributed to the Boston Globe , the Washington Post, the New York Times and Huffington Post.