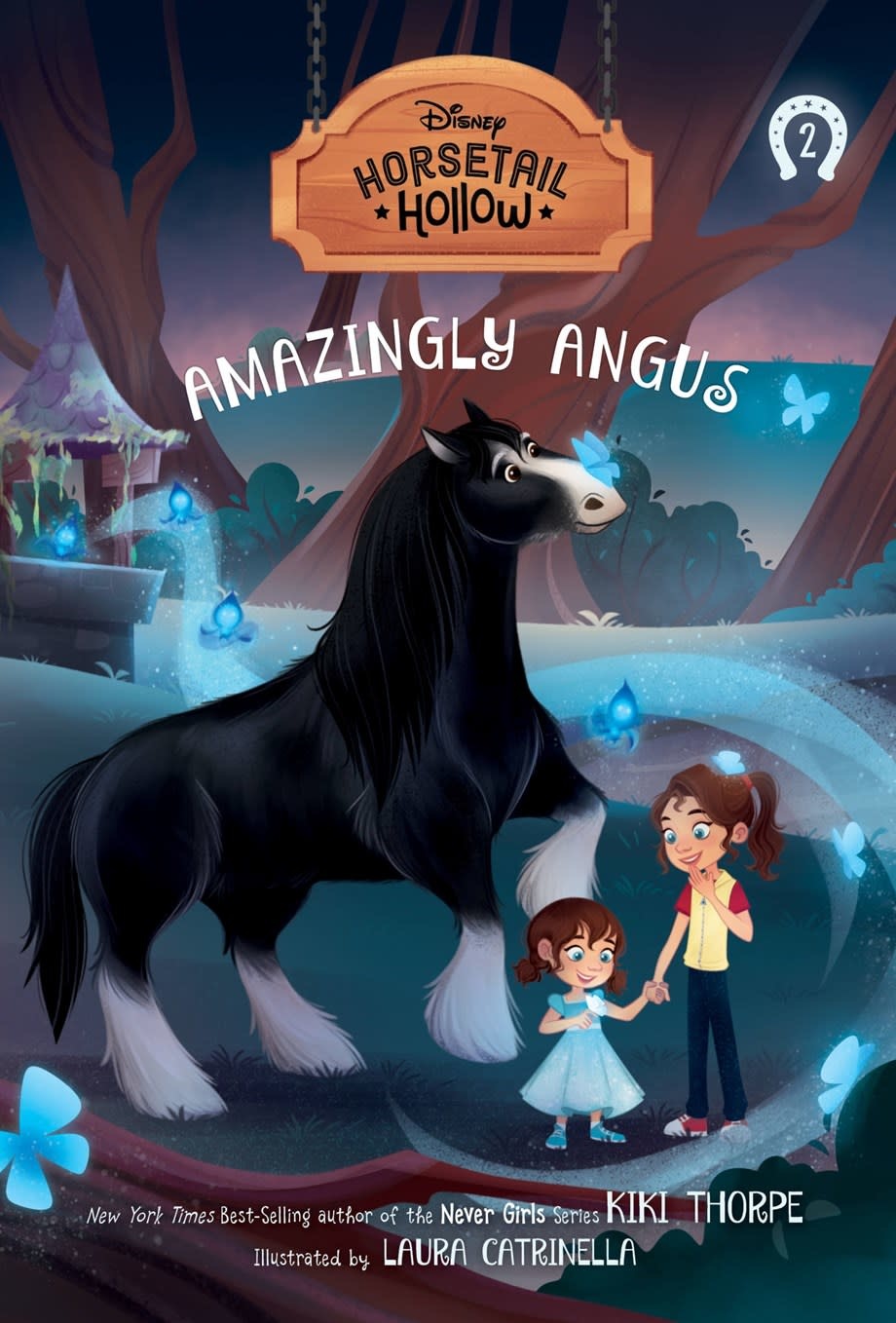 A simple wish can lead you galloping away on an adventure…

Now that the Wishing Well’s magic has been activated, Angus appears at Horsetail Hollow! Maddie’s parents, unaware of the wishing well’s powers, agree that she can take care of Angus until they find his owner. Angus is a much horsier horse than Maximus. He lets Maddie ride him and groom him, and even inadvertently helps guide Maddie to her new neighbor’s house, where Maddie makes a new friend!

This time, Maddie and Evie know they must help Angus get back to Merida’s fairytale in order to help her find her happily ever. In Dunbroch, Merida looks so unlike a princess in her muddy boots that Evie and Maddie don’t believe her when she claims Angus is hers, but she wins him from them in an archery contest and eventually proves that she is indeed a princess. Reunited with Angus, her story is able to have its happy ending. Back in Horsetail Hollow, Maddie is inspired by Merida to resolve a fight with her mom, and their story has a happy ending, too.

Author Bio: Kiki Thorpe grew up in Idaho and learned to ride horses on the trails of the Wood River Valley. She is the New York Times best-selling author of more than thirty books for young readers. Her work includes The Never Girls series, which has been published in twenty-four countries, and the follow-up series Finding Tinker Bell. She lives with her family in Colorado. To find out more about her books, visit www.kikithorpe.com