Home » How Big Is Zagnodd? 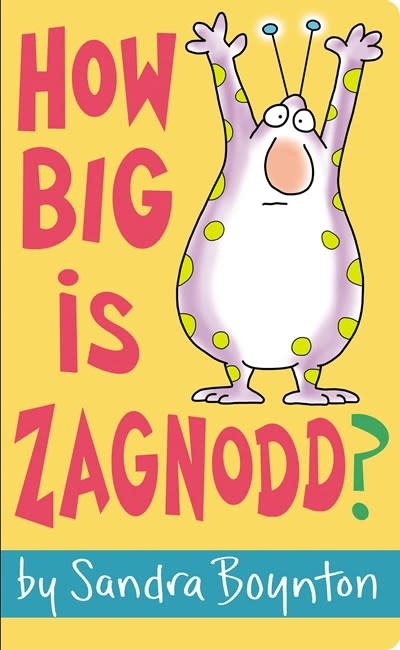 Ages 0 And Up, Grades P And Up

Finally, a board book that dares to answer the question: “HOW BIG IS ZAGNODD?” (Spoiler alert: SO big.) From there, we zip around outer space to meet a wild variety of­ aliens—Boknuk, Fleeb, Igwak, to name a few—who are LONG or FUZZY or BRIGHT or DANCEY or SLEEPY. And then, for reasons that aren’t entirely clear, there’s Steve.

This hilarious new book from the out-of-this-world Sandra Boynton will have Earthlings big and small giggling with delight.