Home » How Does an Egg Hatch? 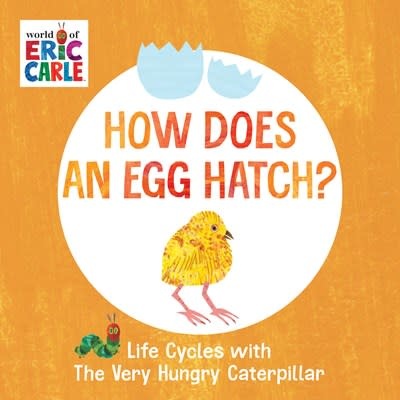 How Does an Egg Hatch?

Learn how an egg becomes a baby chick with Eric Carle’s classic artwork!

In this nonfiction story, young readers explore the transformation of an egg into a chick. The miracles of nature come to life in this early-learning series centered around life cycles, featuring simple text and Eric Carle’s classic illustrations!

Eric Carle was the legendary and bestselling creator of The Very Hungry Caterpillar and over 70 other classic books for very young children. The Very Hungry Caterpillar has sold over 50 million copies, and been translated into 70 languages. Eric Carle was honored many times for his work, including the Laura Ingalls Wilder Award from the American Library Association and the NEA Foundation Award for Outstanding Service to Public Education, among many other national and international awards. In 2002, Eric Carle and his wife, Barbara, co-founded The Eric Carle Museum of Picture Book Art in Amherst, Massachusetts. Eric Carle passed away in 2021, at the age of 91.