Home » How the Continents Move 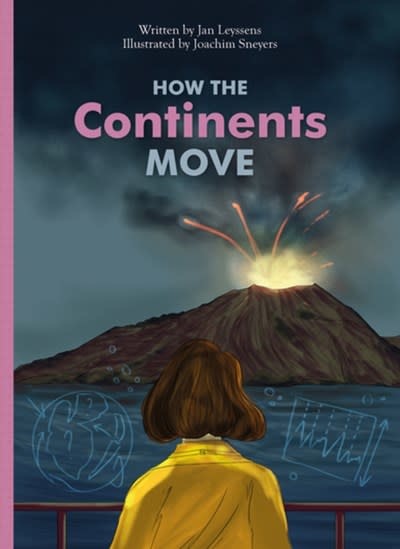 How the Continents Move

The second book in the Marvelous But True series about oceanographic cartographer Marie Tharp!

In the early part of the twentieth century, the researcher Marie Tharp worked on a detailed map of the bottom of the ocean. And then she made a discovery—a chasm down the middle of the Atlantic Ocean. Could this discovery help prove the age-old theory that the continents on Earth move?The second book in a series about scientific wonder. Dreaming, daring, thinking, and doing. For researchers ages 6 and up.

Jan Leyssens (°1987) is a designer, dreamer and the father of two children whom he constantly bothers with - according to himself - interesting facts (and fabrications) about the world, the universe, and the human being as one of the most fascinating animals on our planet.

When in September 2017 TEDxAntwerp asked him on stage, he chose not to talk about his profession as a designer and entrepreneur. Instead, he talked about the stories he tells his kids, not about knowing stuff, but about the drive to discover and learn new things. The reactions on the talk were so positive, he decided to write down the stories. Stories inspired by the curious way kids look at the world, and the part before knowledge becomes knowledge.