Home » How the One-Armed Sister Sweeps Her House: A novel 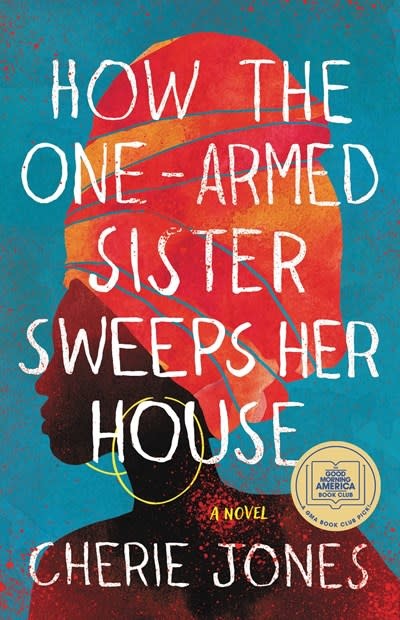 How the One-Armed Sister Sweeps Her House: A novel

"Searing . . . In affluent Baxter's Beach, the gentry of Barbados maneuver around their servants with velvet gloves and steel nerves, exposing fault lines of resentment, love as ephemeral as a tropical breeze.” (O Magazine)

In Baxter’s Beach, Barbados, Lala’s grandmother Wilma tells the story of the one-armed sister. It’s a cautionary tale, about what happens to girls who disobey their mothers and go into the Baxter’s Tunnels. When she’s grown, Lala lives on the beach with her husband, Adan, a petty criminal with endless charisma whose thwarted burglary of one of the beach mansions sets off a chain of events with terrible consequences. A gunshot no one was meant to witness. A new mother whose baby is found lifeless on the beach. A woman torn between two worlds and incapacitated by grief. And two men driven into the Tunnels by desperation and greed who attempt a crime that will risk their freedom – and their lives.

How the One-Armed Sister Sweeps Her House is an intimate and visceral portrayal of interconnected lives, across race and class, in a rapidly changing resort town, told by an astonishing new author of literary fiction.

One of 2021's Most Anticipated New Fiction

Cherie S.A. Jones was born in 1974. She received a LL.B degree from the University of the West Indies, Barbados, in 1995, a Legal Education Certificate from the Hugh Wooding Law School, St. Augustine, Trinidad in 1997 and was admitted to the Bar in Barbados in October 1997. Cherie won the Commonwealth Short Story Prize in 1999. She won both the Archie Markham Award and the A.M. Heath Prize at Sheffield Hallam in the UK. A collection of interconnected stories set in a different small community in Barbados won a third prize at the Frank Collymore Endowment Awards in 2016. She still works as a lawyer, in addition to her writing.