Home » How to Eat: All Your Food and Diet Questions Answered 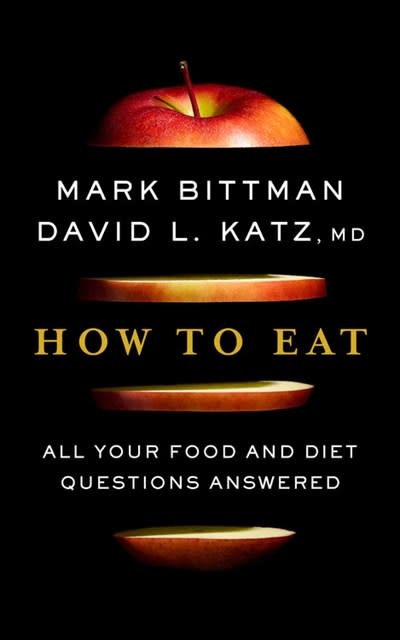 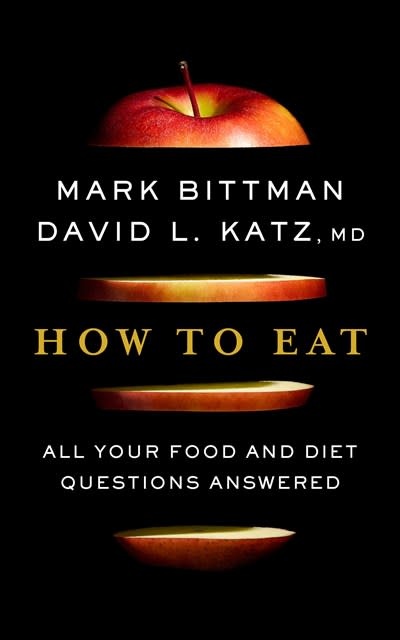 How to Eat: All Your Food and Diet Questions Answered

Bestselling author Mark Bittman and physician David Katz cut through all the noise on food, health, and diet to give you the real answers you need

What is the “best” diet? Do calories matter? And when it comes to protein, fat, and carbs, which ones are good and which are bad? Mark Bittman and health expert David Katz answer all these questions and more in a lively and easy-to-read Q&A format. Inspired by their viral hit article on Grub Street—one of New York magazine’s most popular and most-shared articles—Bittman and Katz share their clear, no-nonsense perspective on food and diet, answering questions covering everything from basic nutrients to superfoods to fad diets. Topics include dietary patterns (Just what should humans eat?); grains (Aren’t these just “carbs”? Do I need to avoid gluten?); meat and dairy (Does grass-fed matter?); alcohol (Is drinking wine actually good for me?); and more. Throughout, Bittman and Katz filter the science of diet and nutrition through a lens of common sense, delivering straightforward advice with a healthy dose of wit.

MARK BITTMAN is the author of thirty acclaimed books, including the How to Cook Everything series, the award-winning Food Matters, and the New YorkTimes number-one bestseller, VB6: Eat Vegan Before 6:00. For more than two decades his popular and compelling stories appeared in the Times, where he was ultimately the lead food writer for the Sunday magazine and became the country's first food-focused Op-Ed columnist for a major news publication. Bittman has starred in four television series, including Showtime's Emmy-winning Years of Living Dangerously. He has written for nearly every major newspaper in the United States and many magazines and has spoken at dozens of universities and conferences; his 2007 TED talk has had more than a million views. In 2015 he was a distinguished fellow at the University of California, Berkeley; he is currently a fellow at the Union of Concerned Scientists. Throughout his career Bittman has strived for the same goal: to make food, in all its aspects, understandable. He can be found at markbittman.com, @bittman on Twitter, and @markbittman on Instagram.

David L. Katz, MD, MPH, FACPM, FACP, FACLM is a preventive medicine specialist and globally recognized authority on lifestyle medicine. He is the founding director of Yale University's Yale-Griffin Prevention Research Center (1998-2019); Past President of the American College of Lifestyle Medicine; President and Founder of the non-profit True Health Initiative; and Founder and CEO of Diet ID, Inc. Katz is a Fellow of the American College of Preventive Medicine; the American College of Physicians; the American College of Lifestyle Medicine; and Morse College, Yale University. He earned his BA at Dartmouth College; his MD at the Albert Einstein College of Medicine; and his MPH from the Yale University School of Public Health. The recipient of numerous awards for teaching, writing, and contributions to public health, Katz was a 2019 nominee for a James Beard Foundation Award in health journalism, and has received three honorary doctorates. He holds multiple US patents; has over 200 peer-reviewed publications; has published many hundreds of on-line and newspaper columns; and has authored/co-authored 17 books to date including multiple editions of leading textbooks in both nutrition and preventive medicine. Recognized by colleagues as the "poet laureate of health promotion," Katz has given keynote addresses in all 50 United States and in countries on 6 continents.