Home » How to Fall Out of Love Madly 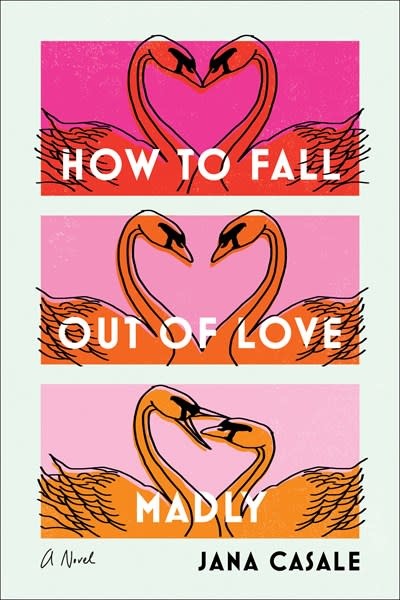 How to Fall Out of Love Madly

A razor-sharp, emotionally resonant novel about three women who struggle to set their own rules, create their own boundaries, and listen to their own hearts as they define who they are and what they hope to be—from an author who “makes a particular female experience vivid, centered, seen” (Elle)

Joy and Annie are friends and roommates whose thirtysomething existences aren’t exactly what they’d imagined. To make ends meet, they decide to rent their extra bedroom to Theo, who charms Joy with his salt-and-pepper hair and adoration of their one-eyed cat. When Annie goes to live with her boyfriend, Theo and Joy settle into a comfortable domesticity. Then Theo brings home Celine, the girlfriend he’s never mentioned, who is possibly the most stunning woman Joy has ever seen. Joy resolves to do whatever it takes to hold onto Theo, delving ever deeper into an emotional hellscape of her own making, too obsessed to see that Celine’s beauty doesn’t protect her from her own pain. Celine is haunted by an event from her past; she can’t escape her shame and finds herself in a cycle of self-sabotage.

Annie is baffled by Joy’s senseless devotion to Theo, but she can’t stop parsing her commitment-phobic boyfriend’s texts in an all-consuming mission to maintain his approval. At work, where she fully embraces her natural assertiveness, Annie is a star. But when an anonymous letter lands on her desk accusing her esteemed and sup­portive boss of sexual misconduct, she is forced to decide who and what she’s willing to stand up for.

Perceptive, mordantly funny, and full of heart, How to Fall Out of Love Madly tells the story of three women who inherited the language of equality yet tolerate terrible behavior from men. As Joy, Annie, and Celine grapple with the ways they’ve been influenced by the forces of gender, sex, and power, they realize that their futures will be determined by how hard they’re willing to fight to reclaim control.

Jana Casale is the author of The Girl Who Never Read Noam Chomsky. She has a BFA in fiction from Emerson College and an MSt in creative writing from Oxford. She currently resides outside Boston, Massachusetts, with her husband.