Home » How to Grill Vegetables: The New Bible for Barbecuing Vegetables Over Live Fire 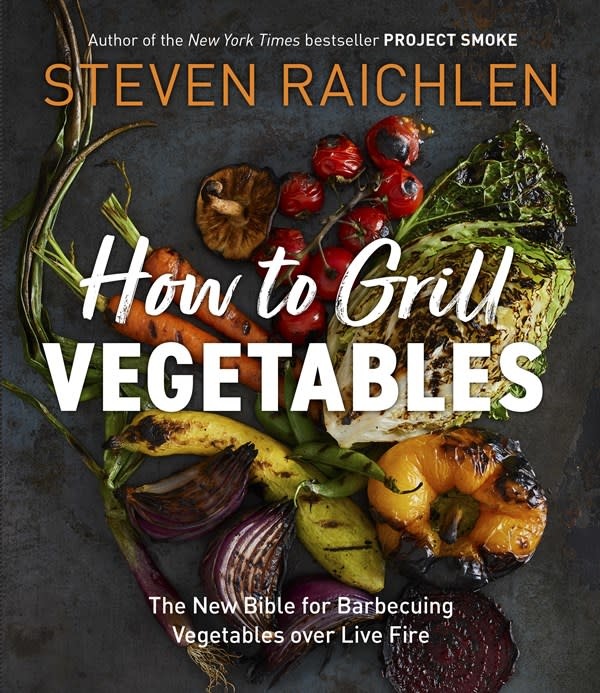 How to Grill Vegetables: The New Bible for Barbecuing Vegetables Over Live Fire

America's grilling guru offers a primer for how to grill vegetables - with lots of creative flavors and techniques - whether you're eating main dishes that highlight vegetables, or you're rounding out the barbecue menu with grilled garden-fresh sides. Not a vegetarian book, but vegetable-forward (and with vegetarian and vegan adaptations).

Steven Raichlen is the author of the New York Times bestselling Barbecue! Bible® cookbook series, which includes the new Brisket Chronicles, Project Fire, Barbecue Sauces, Rubs, and Marinades; Project Smoke; The Barbecue Bible; and How to Grill. Winners of 5 James Beard awards and 3 IACP awards, his books have been translated into 17 languages. His TV shows include the public television series Steven Raichlen's Project Fire, Project Smoke; Primal Grill; and Barbecue University; the French language series Le Maitre du Grill, and the Italian series Steven Raichlen Grills Italy. Raichlen has written for the New York Times, Esquire, and all the food magazines; and is the founder and dean of Barbecue University. In 2015, he was inducted into the Barbecue Hall of Fame. His website is www.barbecuebible.com.