Home » How to Make Friends with the Sea 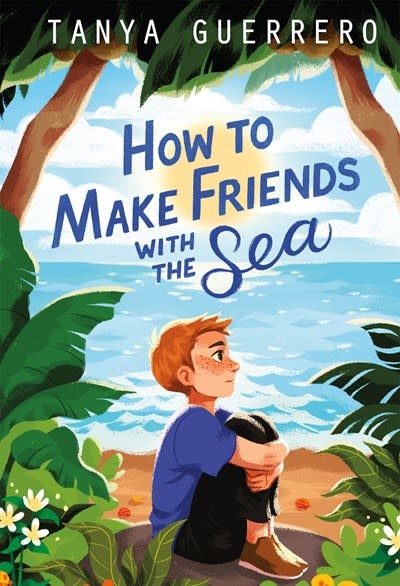 How to Make Friends with the Sea

An #ownvoices middle-grade debut novel set in the Philippines about twelve-year-old Pablo’s challenges with anxiety while his mother fosters an orphaned child with a facial anomaly.

Twelve-year-old Pablo is homesick. Ever since his father left his mother, a zoologist who helps rehabilitate abused animals, they’ve moved from one side of the world to the other. Now they are residing in the Philippines, and his mother is charged to care for an orphaned child, Chiqui, who has an unrepaired cleft lip. As he and his mother adjust to having Chiqui in their lives, Pablo must face his ever-increasing anxiety. But as it turns out, in his efforts to help Chiqui, he learns a thing or two from her as well, even finding the courage to confront his lifelong and deep-seated fear of the sea. This very special middle-grade debut addresses issues of identity, mental health, appearance, friendship, and family.

Tanya Guerrero is Filipino and Spanish by birth, but has been fortunate enough to call three countries home—the Philippines, Spain, and the United States. Currently, she lives in a shipping-container home in the suburbs of Manila with her husband, daughter, and a menagerie of rescued cats and dogs. In her free time, she grows her own food, bakes bread, and reads. How to Make Friends with the Sea is her debut novel.