Home » How to Read Comics the Marvel Way 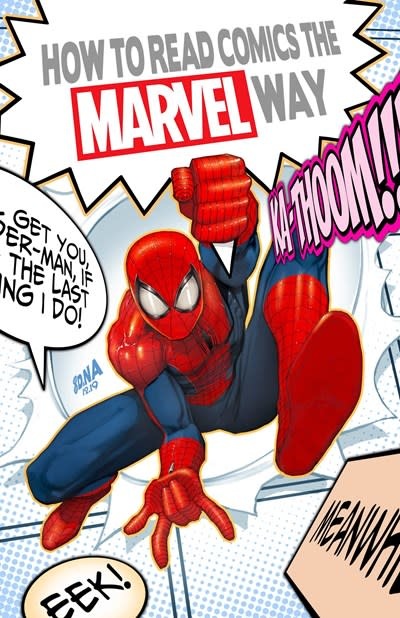 How to Read Comics the Marvel Way

Presenting a universal gateway into the House of Ideas! You know you've experienced it before, True Believer: you loan your friend a comic book, only to have it returned unfinished. "I tried to read it," they say, "but I just got lost." What went wrong? Comics can be like a foreign language - if you don't learn them young, you might need extra help to catch on. Other clever cartoonists and scribes have shared their theories on the grammar of comics...but it's never been done in the Mighty Marvel Manner before! So get ready, because Mysterio has trapped Spider-Man inside a comic book - and Spidey's going to help you navigate through the gutters, balloons, panels, pencils and more! Follow along as Spidey figures out how to escape and save the day!