Home » How to Save a Queendom 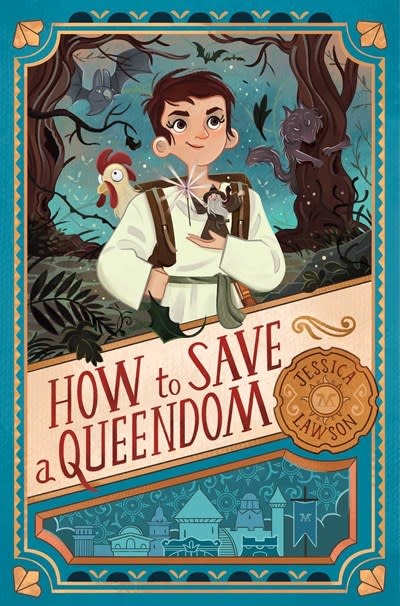 How to Save a Queendom

From critically acclaimed author Jessica Lawson comes a whimsical fantasy about an orphaned twelve-year-old girl who is called upon to save her queendom when she finds a tiny wizard in her pocket.

Life’s never been kind to twelve-year-old Stub. Orphaned and left in the care of the cruel Matron Tratte, Stub’s learned that the best way to keep the peace is to do as she’s told. No matter that she’s bullied and that her only friend is her pet chicken, Peck, Stub’s accepted the fact that her life just isn’t made for adventure. Then she finds a tiny wizard in her pocket.

Orlen, the royal wizard to Maradon’s queen, is magically bound to Stub. And it’s up to her to ferry Orlen back to Maradon Cross, the country’s capital, or else the delicate peace of the queendom will crumble under the power of an evil wizard queen. Suddenly Stub’s unexciting life is chock-full of adventure. But how can one orphan girl possibly save the entire queendom?

Jessica Lawson is the author of The Actual & Truthful Adventures of Becky Thatcher, a book that Publishers Weekly called “a delightfully clever debut” in a starred review, and Nooks & Crannies, a Junior Library Guild Selection and recipient of three starred reviews. She is also the author of Waiting for Augusta, Under the Bottle Bridge, and How to Save a Queendom. You can visit her at JessicaLawsonBooks.com.