Home » How to Speak Whale: A Voyage into the Future of Animal Communication 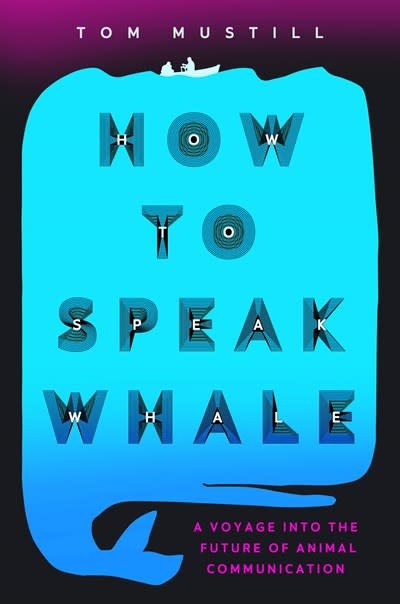 How to Speak Whale: A Voyage into the Future of Animal Communication

What if animals and humans could speak to one another? Tom Mustill—the nature documentarian who went viral when a thirty‑ton humpback whale breached onto his kayak—asks this question in his thrilling investigation into whale science and animal communication.

“When a whale is in the water, it is like an iceberg: you only see a fraction of it and have no conception of its size.”

On September 12, 2015, Tom Mustill was paddling in a two-person kayak with a friend, just off the coast of California. It was cold, but idyllic—until a humpback whale breached, landing on top of them, releasing the energy equivalent of forty hand grenades. He was certain he was about to die, but both he and his friend survived miraculously unscathed. In the interviews that followed the incident, Mustill was left with one question: What could this astonishing encounter teach us?

Drawing from his experience as a naturalist and wildlife filmmaker, Mustill started investigating human-whale interactions around the world. When he met two tech entrepreneurs, who told him they wanted to use artificial intelligence (AI) to decode animal communication, Mustill embarked on a journey where big data meets big beasts, using animal eavesdropping technologies to train AI—originally designed to translate human languages—to discover patterns in the conversations of animals.

There is a revolution taking place in biology, as the technologies we've developed to explore our own languages are turned to nature. From seventeenth century Dutch inventors, to the whaling industry of the nineteenth century, to the cutting edge of Silicon Valley, How to Speak Whale looks at how scientists and start-ups around the world are decoding animal languages. Whales, with their giant mammalian brains, offer one of the most realistic opportunities for this to happen. But what would the consequences of such human-animal interaction be?

We’re about to find out.

Tom Mustill is a naturalist turned filmmaker and writer. He specializes in stories that inspire wonder and change, stories where people and nature meet. His collaborations, many with Greta Thunberg and David Attenborough, have won dozens of international awards, including Webbys, a BAFTA, and an EMMY nomination. They’ve been played at the UN, projected onto COP26, gone viral (70m+ views), and been shared by heads of state, the WHO, and Guns’N’Roses. In 2015, Tom was almost killed by a breaching humpback whale. Scientists showed him how to use AI to discover who the whale was and how similar tools might decode animal communications, the subject of his first book.