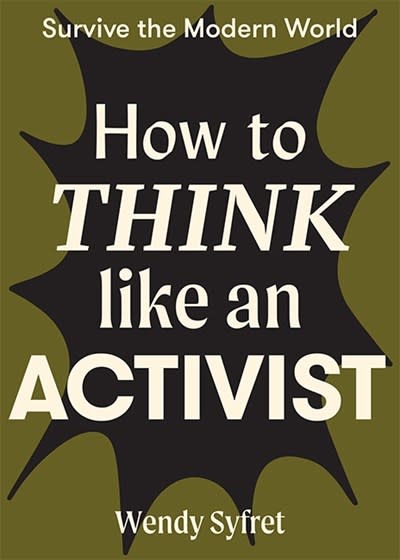 How to Think Like an Activist is the first step in your life as an activist.

How to Think Like an Activist is the first step in your life as an activist.

Right now, we're experiencing a new chapter in the history of activism. The social, environmental, and political stakes are larger than ever. But so is the impact that we can have as individuals and as communities. To have a voice in society once meant power, money and, status. But now, with the rise of social media and the internet we all have the ability to defend the causes that matter most to us and reshape the world.

But during a time where everyone calls themselves an activist, what does the title actually mean? And how do you begin to make an impact on issues that feel so huge and overwhelming?

How to Think Like an Activist offers a space for budding activists to learn from the past and look to the future. A lot of talk around changing the world gets stuck in theory, but this is about action. From small daily commitments to larger ongoing projects, this book offers tangible ways to start building the world you want to live in—now.

Filled with inspirational quotes from past leaders, historical facts about important movements as well as daily protests, How to Think Like an Activist will help set you on the path to your new activist life.The Survive the Modern World series tackles the big subjects and issues we face today in a fun and digestible way. The tone is frank and chatty, but the content is comprehensive. This series is action all about taking action. Read these books to better yourself and the world around you.

Wendy Syfret is an award winning Melbourne based writer and editor. She formerly served as the Managing editor of VICE Asia. Before taking on that role she was the Head of Editorial for VICE Australia, and Australian editor of pioneering fashion publication i-D.

She is a contributor the Guardian, the ABC, Crikey, The Saturday Paper, and frankie magazine.