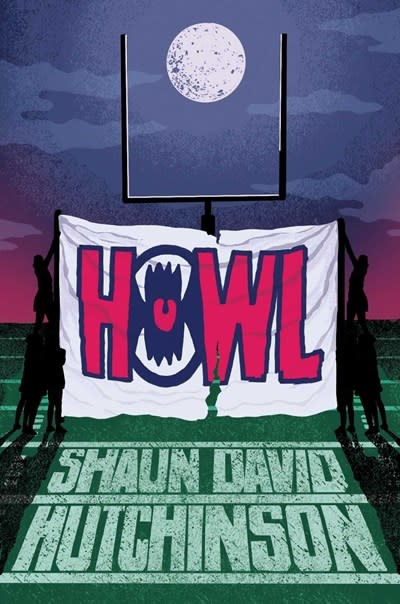 From critically acclaimed Shaun David Hutchinson comes a gritty and raw portrayal of the oftentimes traumatic experience of growing up.

Virgil Knox was attacked by a monster.

Of course, no one in Merritt believes him. Not even after he stumbled into the busy town center, bleeding, battered, and bruised, for everyone to see. He’d been drinking, they said. He was hanging out where he wasn’t supposed to, they said. It must’ve been a bear, or a badger, or a gator—definitely no monster.

Virgil doesn’t think it was any of those things. He’s positive it was a monster. But being the new kid in a town where everybody knows everybody is hard enough as it is without being the kid who’s afraid of monsters, so he tries to keep a low profile.

Except he knows the monster is still out there. And if he isn’t careful, Virgil’s afraid it’ll come back to finish him off, or worse—that he’ll become one himself.

Shaun David Hutchinson is the author of numerous books for young adults, including The Past and Other Things That Should Stay Buried, The Apocalypse of Elena Mendoza, At the Edge of the Universe, and We Are the Ants. He also edited the anthologies Violent Ends and Feral Youth and wrote the memoir Brave Face, which chronicles his struggles with depression and coming out during his teenage years. He lives in Seattle, where he enjoys drinking coffee, yelling at the TV, and eating cake. Visit him at ShaunDavidHutchinson.com or on Twitter @ShaunieDarko.