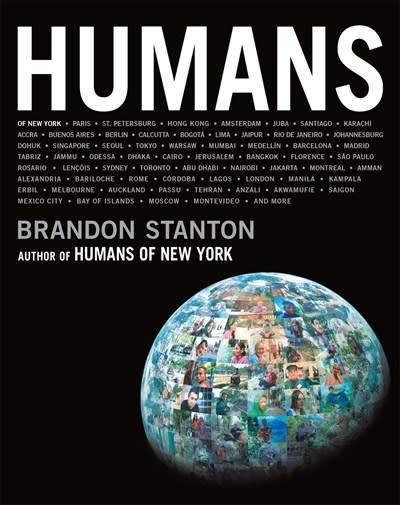 Brandon Stanton’s new book, Humans—his most moving and compelling book to date—shows us the world.

After five years of traveling the globe, the creator of Humans of New York brings people from all parts of the world into a conversation with readers. He ignores borders, chronicles lives, and shows us the faces of the world as he saw them, from London, Paris, and Rome, to Iraq, Dubai, Ukraine, Pakistan, Jordan, Uganda, Vietnam, Israel, and every other place in-between. His interviews go deeper than before. His chronicling of peoples’ lives shows the experience of a writer who has traveled widely and thought deeply about the state of our world.

BRANDON STANTON is the creator of the #1 New York Times bestselling books Humans of New York and Humans of New York: Stories. He has been named a Time Magazine "30 people under 30 changing the world," an ABC News Person of the Week, told stories from around the world in collaboration with the United Nations, and was invited to photograph President Obama in the Oval Office. His photography and storytelling blog, also called Humans of New York, is followed by over thirty million people on several social media platforms. He is a graduate of the University of Georgia and lives in New York City.