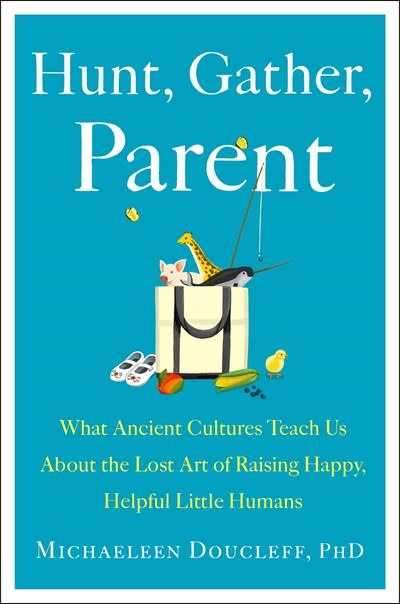 A cross between Bringing Up Bébé and The Smartest Kids in the World, NPR superstar Dr. Michaeleen Doucleff’s Hunt, Gather, Parent introduces a highly appealing idea for a world where frantic overparenting has become the norm, proposing that our ancestors may hold the answers to how to naturally master parenting where our modern theories have failed.

When Dr. Michaeleen Doucleff became a mother, she examined the studies behind modern parenting guidance and found that the evidence was frustratingly limited and the conclusions often ineffective. If all the might of contemporary Western psychology couldn’t supply the answers to her parenting questions, she began to wonder if an opposite approach was needed—one founded on traditional wisdom, like the knowledge and experience passed down over hundreds, even thousands, of years within ancient cultures. With her young daughter in tow, she traveled across the world to observe and practice parenting strategies alongside families in three of the world’s most venerable communities: Maya families in Mexico, Inuit families above the Arctic Circle, and Hadzabe families in Tanzania.

In Hunt, Gather, Parent, Dr. Doucleff introduces us to families in the Maya, Inuit, and Hadzabe communities, where parents help little ones learn to control their emotions and reduce tantrums by the parents themselves controlling their own frustrations; foster self-sufficiency by safely giving kids the autonomy to manage risks and explore their limits; and motivate children to help with chores without using bribes or threats. Dr. Doucleff also talks to psychologists, neuroscientists, anthropologists, and sociologists and explains how the tools and tips can impact children’s mental health and development. Packed with practical takeaways, Hunt, Gather, Parent helps us rethink the ways we relate to our children, and reveals a universal parenting paradigm adapted for modern American families.

Michaeleen Doucleff is a correspondent for NPR’s Science Desk. In 2015, she was part of the team that earned a George Foster Peabody award for its coverage of the Ebola outbreak in West Africa. Prior to joining NPR, Doucleff was an editor at the journal Cell, where she wrote about the science behind pop culture. She has a doctorate in chemistry from the University of California, Berkeley, and a master’s degree in viticulture and enology from the University of California, Davis. She lives with her husband, daughter, and German shepherd, Mango, in San Francisco. 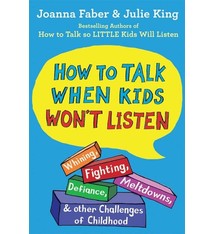 How To Talk When Kids Won't Listen 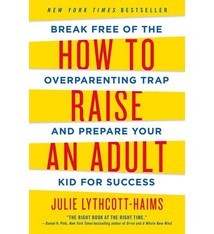 How To Raise an Adult: ...Prepare Your Kid for Success