Home » Ordinary People Change the World: I am Malala Yousafzai 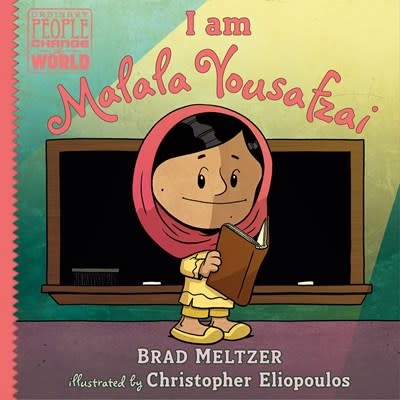 Ordinary People Change the World: I am Malala Yousafzai

Malala Yousafzai won the Nobel Peace Prize at the age of 17 for speaking out against injustice even when it was terrifying to do so. She was an ordinary Muslim girl who wanted to attend school, and she refused to stop protesting for her rights even after being attacked by a powerful group in Pakistan who wanted women to remain in the shadows. She continues to fight for women’s rights and free education for children all over the world.

Brad Meltzer is the New York Times bestselling author of Heroes for My Son, Heroes for My Daughter, The Lincoln Conspiracy, and a number of suspense novels like The Lightning Rod. He also helped find the missing 9/11 flag with his is History Channel television show Brad Meltzer’s Lost History. He lives in Florida with his wife and their three children.