Home » I Am the Longest Dog 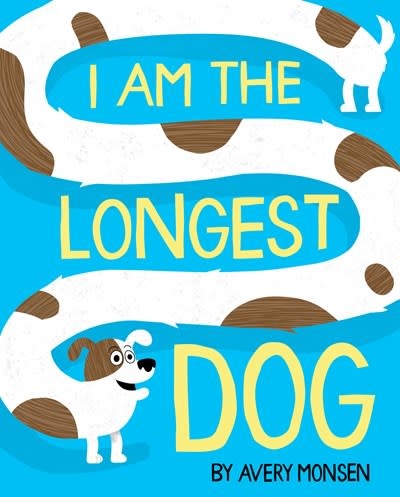 I Am the Longest Dog

From the co-author of the hilarious national bestseller All My Friends Are Dead comes a very tall tale about a very long dog--with a very big surprise at the tail-end!

Lucy is the world's longest dog, but just how long is she? Like, are we talking pretty long? Or super-crazy number-one-record-breaking BANANAS long? See for yourself in this hilarious picture book by best-selling author-illustrator Avery Monsen. (Warning: the dog is very long.)

Avery Monsen is a writer, actor, and illustrator who lives in Los Angeles and co-authored the national bestseller, All My Friends Are Dead, as well as I Feel Relatively Neutral About New York and K is For Knifeball. He's also written for the television shows, Billy On The Street and Trip Tank. His writing and drawings have been published in McSweeney's Internet Tendency, The Believer, and several newspapers around the country, and he was recently named one of the New Faces of Comedy at the 2017 Just For Laughs Festival in Montreal. As an actor, he's appeared on 30 Rock, The Tonight Show, High Maintenance, Maron, Adam Ruins Everything, and Alexa & Katie.