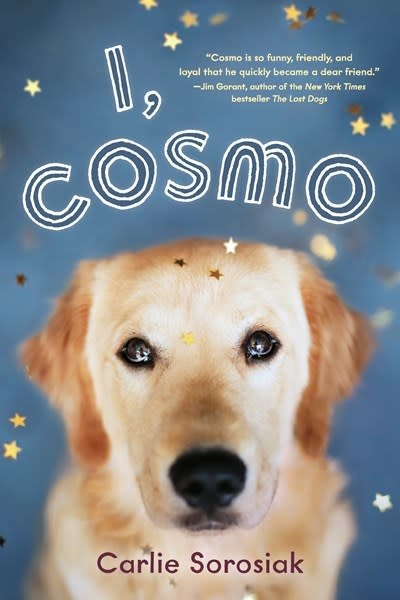 A golden retriever narrates a hilarious, heart-tugging tale of a dog and his humans as he tries to keep his family together while everything around them falls apart.

Ever since Cosmo became a big brother to Max ten years ago, he’s known what his job was: to protect his boy and make him happy. Through many good years marked by tennis balls and pilfered turkey, torn-up toilet paper and fragrant goose poop, Cosmo has doggedly kept his vow. Until recently, his biggest problems were the evil tutu-wearing sheepdog he met on Halloween and the arthritis in his own joints. But now, with Dad-scented blankets appearing on the couch and arguing voices getting louder, Cosmo senses a tougher challenge ahead. When Max gets a crazy idea to teach them both a dance routine for a contest, how can Cosmo refuse, stiff hips or no? Max wants to remind his folks of all the great times they’ve had together dancing — and make them forget about the “d” word that’s making them all cry. Told in the open, optimistic, unintentionally humorous voice of a golden retriever, I, Cosmo will grab readers from the first page — and remind them that love and loyalty transcend whatever life throws your way.