Home » I Love You but I've Chosen Darkness: A novel 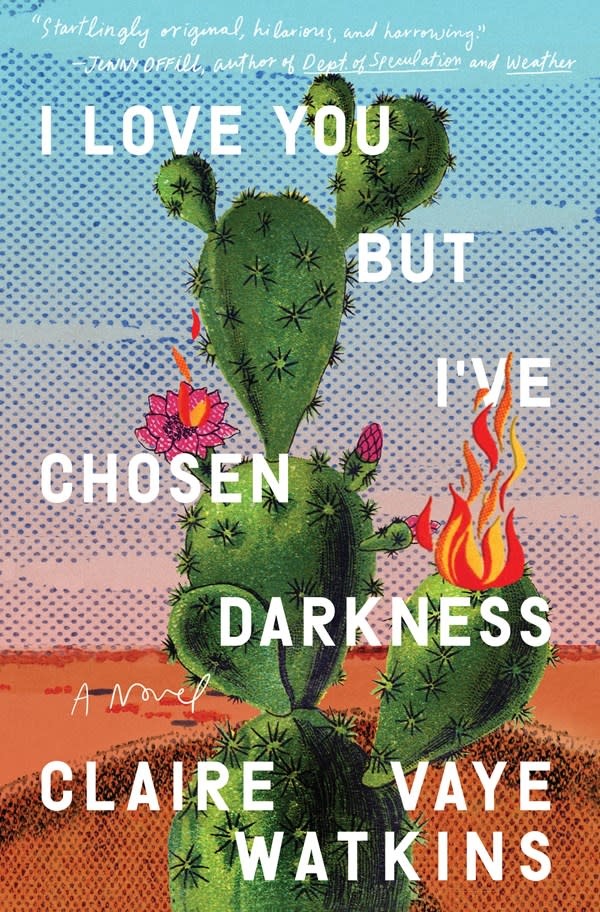 I Love You but I've Chosen Darkness: A novel

From “the most captivating voice to come out of the West since Annie Proulx” (Vogue), the furious, hilarious, soul-rending story of one woman’s reckoning with marriage, work, sex, and motherhood.

Since my baby was born, I have been able to laugh and see the funny side of things. a) As much as I ever did. b) Not quite as much now. c) Not so much now. d) Not at all. Leaving behind her husband, Theo, and their young daughter, Claire, a writer, gets on a flight for a speaking engagement in Reno, not carrying much besides a breast pump—and a creeping case of postpartum depression. But what begins as a temporary escape from domestic duties and an opportunity to reconnect with old friends soon mutates into an extended flight from the confines of marriage and motherhood, and a seemingly bottomless descent into the depths of the past. Deep in the Mojave desert where she grew up, Claire meets her ghosts at every turn: the first love whose death still haunts her; her father, a member of the most famous cult in American history; her mother, whose native spark dims with every passing year until all that remains is a smoldering addiction. Claire can’t go back in time to make any of it right, but what exactly is her way forward? Alone in the wilderness, she finally finds a way to make herself at home in the world.

Bold, tender, and often darkly hilarious, I Love You but I’ve Chosen Darkness reaffirms the “brutal kind of beauty” (Los Angeles Times) and “mercilessly sharp” vision (NPR) that established Watkins as one of the signal writers of our time.

Claire Vaye Watkins is the author of the novel Gold Fame Citrus and the short story collection Battleborn, winner of the Story Prize, the Dylan Thomas Prize, the New York Public Library’s Young Lions Fiction Award, and the Rosenthal Family Foundation Award from the American Academy of Arts and Letters, among other prizes. A National Book Foundation 5 Under 35 honoree, Watkins is a professor at the University of California Irvine and lives in Twenty-nine Palms, CA.