Home » I Wish I Had a Wookiee 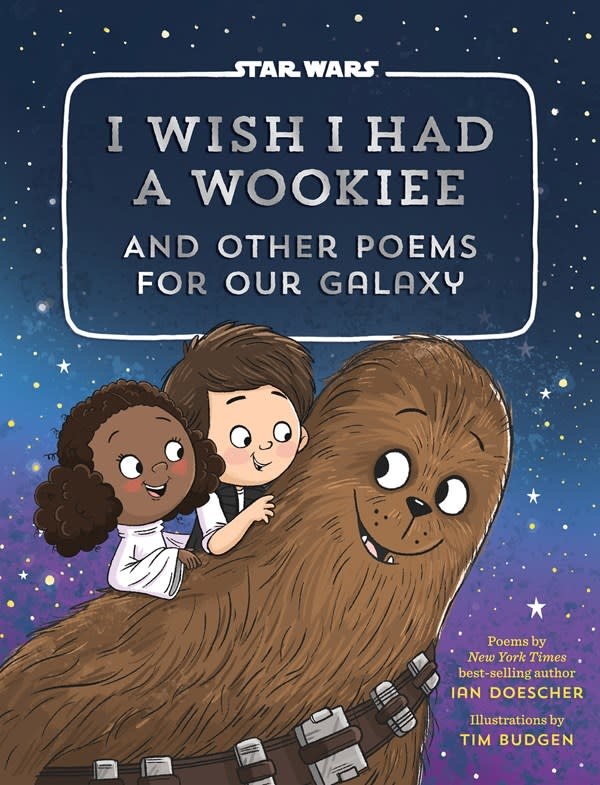 I Wish I Had a Wookiee

Inspired by the beloved world of Star Wars, this collection of over 75 whimsical and original poems is a celebration of childhood, creativity, imagination, and the early years of Star Wars fandom.

In “My Pet AT-AT,” a ten-year-old dreams of playing hide and seek and fetch with an AT-AT. In “Dad’s Luke Skywalker Figurine,” a child opens their dad’s untouched action figure but, instead of getting into trouble, helps their dad re-discover his own sense of play. In “T-16 Dreams,” a little girl imagines herself flying through the galaxy, the Empire hot on her trail, to help with her real-world fear of flying.

Set in the hearts and minds of young children who love Star Wars, and filled with the characters you know and love, I Wish I Had a Wookiee is the perfect gift for the young Star Wars fan—and the young at heart.

Ian Doescher is the New York Times best-selling author of William Shakespeare’s Star Wars® series, the Pop Shakespeare series, and MacTrump. He has written for Marvel Comics and is a contributing author to the story collection Star Wars: From a Certain Point of View. He lives in Portland, Oregon, with his family. Visit him at IanDoescher.com.

Tim Budgen is an illustrator and art teacher who can usually be found with a pencil in one hand and a sketchbook in the other. He has worked on many children’s books for such clients as Scholastic, Hachette Children’s, and Highlights magazine. He lives by the sea on Hayling Island, England, with his wife Julia and their pets Baxter and Alfie.