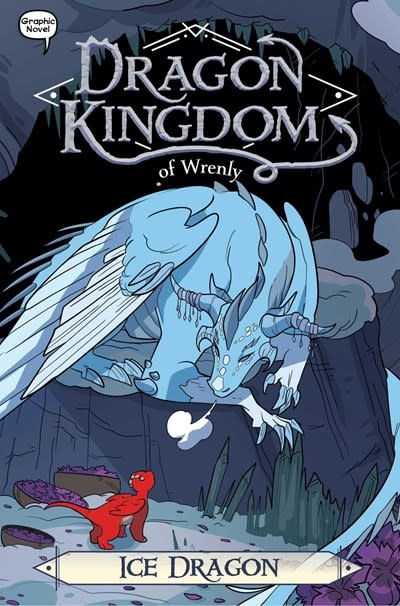 In this sixth installment of the exciting Dragon Kingdom of Wrenly graphic novel series, Ruskin and his friends meet an ancient ice dragon.

Ruskin and his friends travel to Flatfrost for the Winter Festival, which is extra special this year because the legendary, ancient ice dragon has appeared! Being thousands of years old, the ice dragon is perhaps the only living creature who knew the original dragon king. She also unknowingly holds an important piece to the puzzle of who the dark forces are that have been plotting against Ruskin. Can Ruskin and his friends uncover the secret and keep the ice dragon safe?