Home » If You Change Your Mind 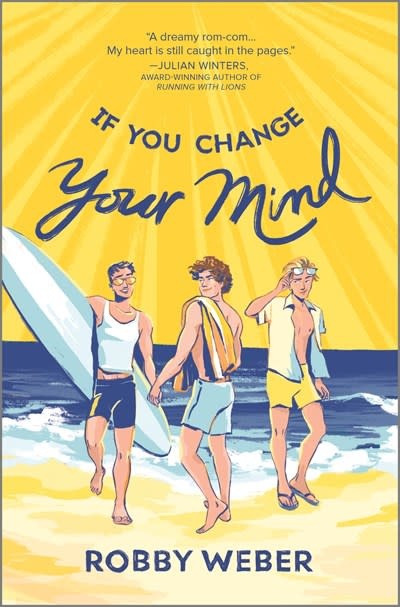 If You Change Your Mind

For fans of Adam Silvera and Becky Albertalli, this heartfelt m/m rom-com by bookstagrammer Robby Weber stars a jaded aspiring screenwriter who resists love only to find himself surrounded by suspiciously happy couples, his ex-boyfriend, and an intriguing new boy.

In this hilarious and heartfelt debut novel, an aspiring screenwriter learns sometimes love has its own script. Harry wants nothing more than to write Hollywood screenplays. He knows the first step toward achieving that goal is winning a screenwriting competition that will seal his admission into the college of his dreams, so he’s determined to spend his summer free of distractions—also known as boys—and finish his script. After last year, Harry is certain love only exists in the movies anyway. But then the cause of his first heartbreak, Grant, returns with a secret that could change everything. To complicate things further, new-in-town Logan is charming and sweet, making Harry question everything he knows about romance. As Harry tries to manage his feelings for Grant and Logan, he realizes life doesn’t always follow a script.