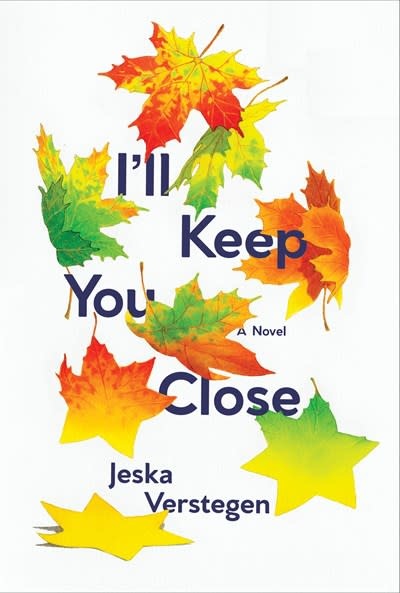 Jeska doesn't know why her mother keeps the curtains drawn so tightly every day. And what exactly is she trying to drown out when she floods the house with Mozart? What are they hiding from?

When Jeska's grandmother accidentally calls her by a stranger's name, she seizes her first clue to uncovering her family's past, and hopefully to all that's gone unsaid. With the help of an old family photo album, her father's encyclopedia collection, and the unquestioning friendship of a stray cat, the silence begins to melt into frightening clarity: Jeska's family survived a terror that they've worked hard to keep secret all her life. And somehow, it has both nothing and everything to do with her, all at once.

A true story of navigating generational trauma as a child, I'll Keep You Close is about what comes after disaster: how survivors move forward, what they bring with them when they do, and the promise of beginning again while always keeping the past close.

Jeska Verstegen is an author and illustrator living in Amsterdam. She is a descendant of Emanuel Querido, the revolutionary Jewish-Dutch publisher who was captured and killed by the Nazis in World War II. Jeska began her career in 1990 as an illustrator for magazines and children's books. The white sheet of paper feels to her like a stage where you can perform any role, and one day she decided to paint pictures with words as well. Writing I'll Keep You Close re-acquainted her with herself and also gave her a new color palette of diligently chosen words. I'll Keep You Close is her debut novel, based on the true story of her own family history.

Bill Nagelkerke is a prolific children's writer, translator, and former librarian. His stories, poems and plays have appeared in many New Zealand anthologies. In 2013 Nagelkerke was awarded the Storylines Margaret Mahy Medal and Lecture Award in recognition of his dedicated contribution to children's literature and literacy in New Zealand.