Home » Illogical: Saying Yes to a Life Without Limits 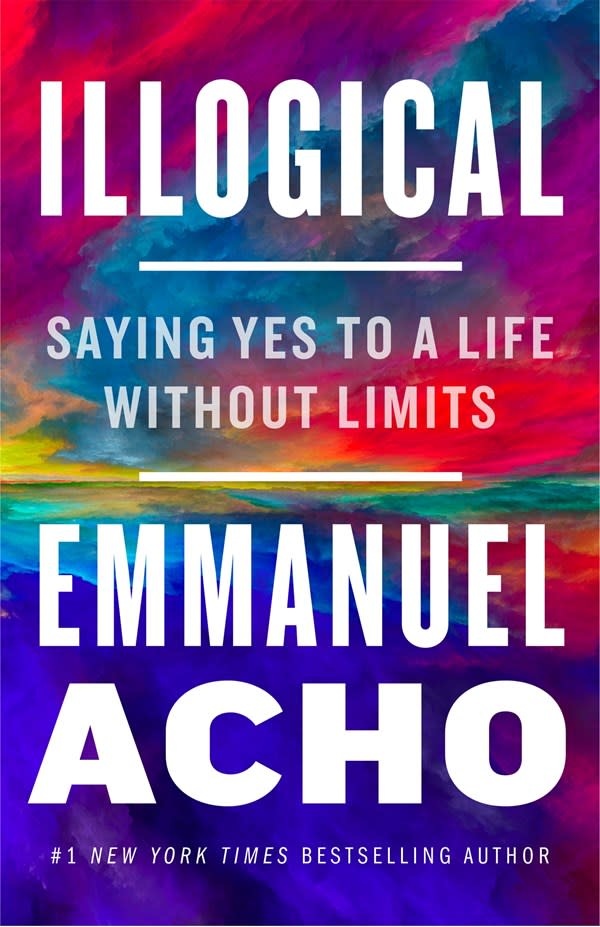 Illogical: Saying Yes to a Life Without Limits

From the New York Times bestselling author of Uncomfortable Conversations with a Black Man, a call to break through our limits and say yes to a life of infinite possibility.

You may know Emmanuel Acho as the host of groundbreaking video series “Uncomfortable Conversations with a Black Man.” Or as a New York Times bestselling author. Or as an Emmy-winning television broadcaster. Or as a former linebacker for two NFL franchises.

What you probably don’t know is that Emmanuel defines his own life with just one word: Illogical.

Behind every triumph, every expression of his gifts, Acho has had to ignore what everyone around him called “logic”: the astronomical odds against making it, the risks of continuing to dream bigger or differently. Instead of playing it safe, at every turn Acho has thrown conventional wisdom—logic—out the window. Now, in this revelatory book, he’s empowering us all to do the same.

Whether it’s creating the next groundbreaking startup, fighting for change as an activist, or committing to a personal passion, Illogical is the go-to book for all readers ready to become change-makers. With a step-by-step guide to finding our callings and shifting our mindsets, enlivened by stories from Acho’s life and other illogical pioneers, Acho asks us to replace the limits set for us, and which we set for ourselves, with a world of possibility. Our horizons, he shows us, are endless.

Emmanuel Acho, the son of Nigerian immigrant parents, grew up in Dallas with his three siblings. He is a New York Times Bestselling Author and the Host/Producer of “Uncomfortable Conversations with a Black Man”. His ground-breaking online series to drive meaningful dialogue around racial insensitivity and ignorance launched in June 2020 with more than 80 million views to date.

Emmanuel is a 2021 Sports Emmy winner, Fox Sports Analyst (Co-Host, FS1 “Speak for Yourself”) and television personality. He is a former NFL linebacker and has a master’s degree in Sports Psychology from the University of Texas.