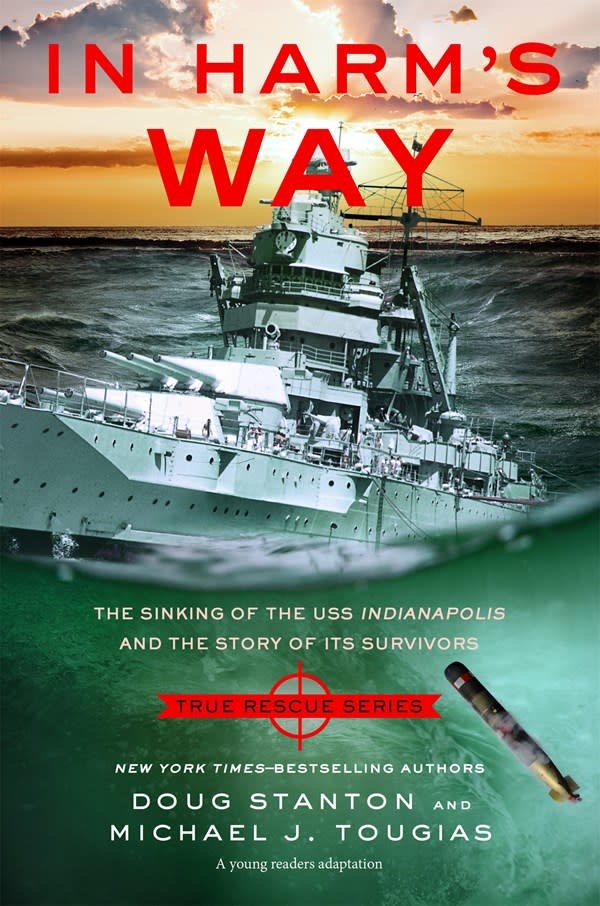 A middle-grade edition of the New York Times nonfiction bestseller, and book five in the True Rescue series—a riveting WWII account of the greatest maritime disaster in US naval history.

On July 30, 1945, the U.S.S. Indianapolis was torpedoed in the South Pacific by a Japanese submarine. An estimated 300 men were killed upon impact; close to 900 sailors were cast into the Pacific Ocean, where they remained undetected by the navy for nearly four days. Battered by a savage sea, they struggled to fight off sharks, hypothermia, and hallucinations. By the time rescue arrived, all but 316 men had died. The disaster left many questions unanswered: How did the navy fail to realize the Indianapolis was missing? Why was it traveling unescorted in enemy waters? And most amazing of all, how did 316 men manage to survive?

Bestselling authors Doug Stanton and Michael J. Tougias adapt this thrilling tale of heroism and survival for young readers. For fans of The Finest Hours and I Survived.

Michael J. Tougias is the author of many award-winning true rescue stories, including the New York Times–

bestseller The Finest Hours, A Storm Too Soon, Into the Blizzard, and Attacked at Sea. michaeltougias.com