Home » In the Country of Others: A novel 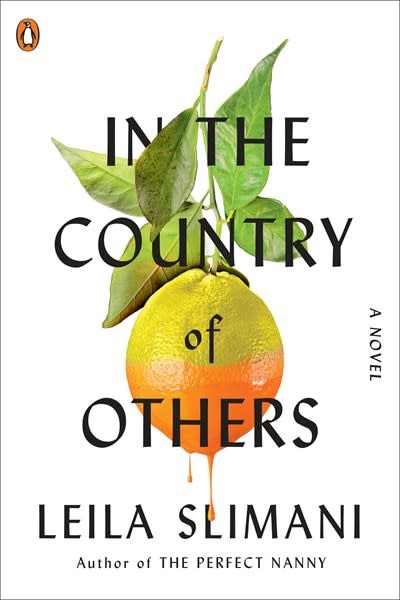 In the Country of Others: A novel

The award-winning, #1 internationally bestselling new novel by the author of The Perfect Nanny, about a woman in an interracial marriage whose fierce desire for autonomy parallels her adopted country’s fight for independence

The world of men is just like the world of botany. In the end, one species dominates another. One day, the orange will win out over the lemon, or vice versa, and the tree will once again produce fruit that people can eat.

In her first new novel since The Perfect Nanny launched her onto the world stage and won her acclaim for her “devastatingly perceptive character studies” (The New York Times Book Review), Leila Slimani draws on her own family’s inspiring story for the first volume in a planned trilogy about race, resilience, and women’s empowerment.

Mathilde, a spirited young Frenchwoman, falls in love with Amine, a handsome Moroccan soldier in the French army during World War II. After the war, the couple settles in Morocco. While Amine tries to cultivate his family farm’s rocky terrain, Mathilde feels her vitality sapped by the isolation, the harsh climate, the lack of money, and the mistrust she inspires as a foreigner. Left increasingly alone to raise her two children in a world whose rules she does not understand, and with her daughter taunted at school by rich French girls for her secondhand clothes and unruly hair, Mathilde goes from being reduced to a farmer’s wife to defying the country’s chauvinism and repressive social codes by offering medical services to the rural population.

As tensions mount between the Moroccans and the French colonists, Amine finds himself caught in the crossfire: in solidarity with his Moroccan workers yet also a landowner, despised by the French yet married to a Frenchwoman, and proud of his wife’s resolve but ashamed by her refusal to be subjugated. All of them live in the country of others—especially the women, forced to live in the land of men—and with this novel, Leila Slimani issues the first salvo in their emancipation.

Leila Slimani is the bestselling author of The Perfect Nanny, one of The New York Times Book Review’s 10 Best Books of the Year, and Adele, for which she won the La Mamounia Prize. A journalist and frequent commentator on women’s and human rights, she spearheaded a campaign—for which she won the Simone de Beauvoir Prize for Women’s Freedom—to help Moroccan women speak out, as self-declared outlaws, against their country’s “unfair and obsolete laws.” She is French president Emmanuel Macron’s personal representative for the promotion of the French language and culture and was ranked #2 on Vanity Fair France’s annual list of The Fifty Most Influential French People in the World. Born in Rabat, Morocco, in 1981, she now lives in Paris with her French husband and their two young children.