Home » In the Shadow of Liberty: ...Slavery, Four Presidents, and Five Black Lives 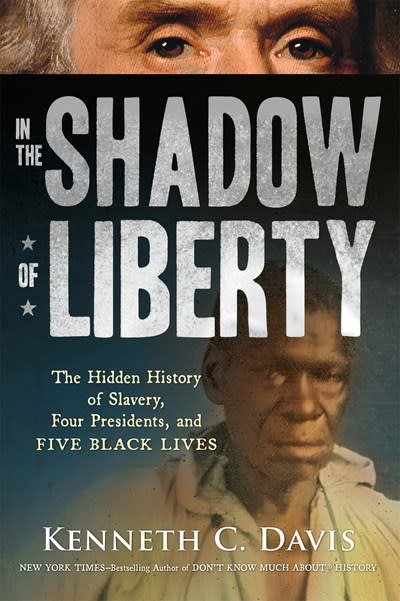 In the Shadow of Liberty: ...Slavery, Four Presidents, and Five Black Lives

From the bestselling author of the Don't Know Much About ® books, this middle-grade nonfiction account tells the true stories of five enslaved people who were considered the property of some of the greatest U.S. presidents.

Here are the stories of five enslaved people who witnessed the birth of America: Billy Lee, valet to George Washington; Ona Judge, who escaped from Martha Washington; Isaac Granger, servant of Thomas Jefferson; Paul Jennings, who witnessed the War of 1812 in James Madison's White House; and Alfred Jackson, “owned” by Andrew Jackson.

These true stories explore our country's great, tragic contradiction—that a nation “conceived in liberty” was also born in shackles.

In this lavishly designed, fully illustrated edition, these five dramatic narratives, accessibly told and with primary sources where possible, will bust myths and help set the sanitized historical record straight.