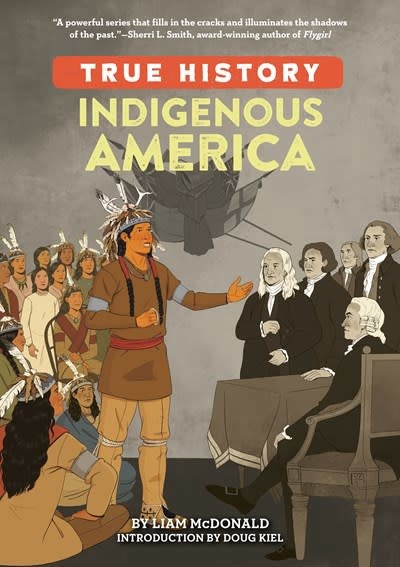 Introducing a new nonfiction series that uncovers hidden histories of the United States.

The true story of the United States’ Indigenous beginnings.

American schoolchildren have long been taught that their country was “discovered” by Christopher Columbus in 1492. But the history of Native Americans in the United States goes back tens of tens of thousands of years prior to Columbus’s and other colonizers’ arrivals. So, what’s the true history?

Complete with an 8-page color photo insert, Indigenous America introduces and amplifies the oral and written histories that have long been left out of American history books.

Liam McDonald, also known by his stage name OPLIAM, is an internationally touring and critically acclaimed Indigenous rock n’ roll musician. He is an Indigenous rights activist and founder of the Indigenous Peoples’ Day Concert, a free annual concert that showcases Native American musicians and advocates to officially change Columbus Day to Indigenous Peoples’ Day in Chicago. Originally from Minneapolis, Minnesota, he now lives in Chicago, Illinois where he owns and operates Sky People Entertainment, a concert production company focused on building opportunities for Native American and Indigenous musicians.