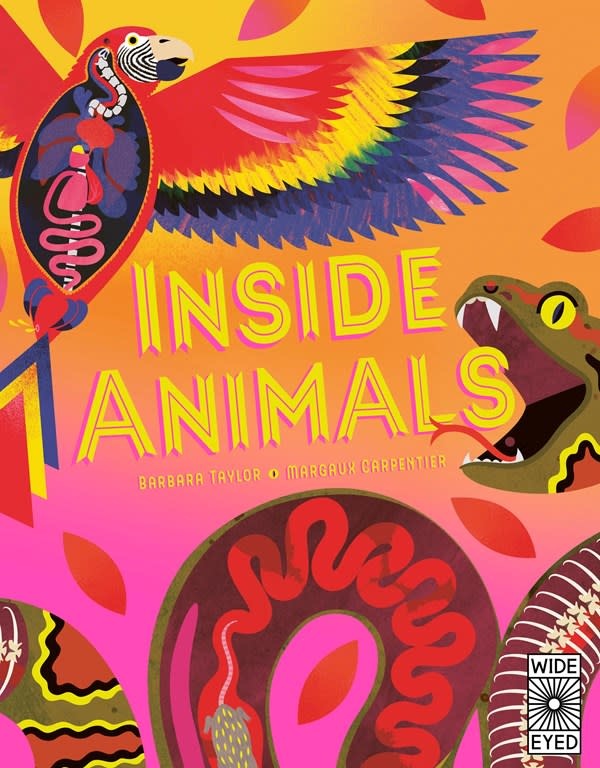 Inside Animals journeys beneath the surface to reveal the inner workings of over 20 amazing animals in fascinating scientific detail.

Think you know what a crocodile looks like? Think again!Inside Animals explores the inner workings of over 20 incredible creatures, from the bony to the brainy, the brawny and bizarre.

Discover how skeletons, organs, nerves and muscles fit together inside your favourite animals with detailed, scientific pictures that reveal more than meets the eye. From the mighty to the mini, prepare to be amazed at what these beasts are made of.Uncover facts about blue whales, whose arteries are so big that a human could swim through them.Find out how many hearts an octopus has and how it uses them to survive on the sea floor.Look more closely at camels to uncover exactly what’s going on inside their humps.Special feature pages break down the basics of skeletons, organs, muscles and more.This is a book for anyone who wants to look at the animalkingdom in a different way. Each colourful spread is dedicated to a different creature from around the world. Featuring mammals, birds, reptiles, amphibians, fish, insects, spiders and other invertebrates, turn the page to uncover what happens beneath the surface. Perfect for any curious 5+ year old or budding scientist.

Barbara Taylor has written more than 120 children's books and encyclopedias. She was previously Science Editor at London's Natural History Museum. She has won the American Association of Physics Science Award and the National Literacy Association Wow Award.Margaux Carpentier is an illustrator and print maker based in Stoke Newington. She studied in both Paris and Surrey and spent her early twenties playing with pens and various mediums until she developed her unique graphic style. She now adapts her illustrations in 3D as well as large scale murals. Earthy and folk-inspired, her work also draws on fantastical elements and wild imagination.Her books for children include Someone LikeMe (2016, Concern Worldwide) and Inside Animals (2020, Wide-Eyed Editions).