Home » Into the Dying Light 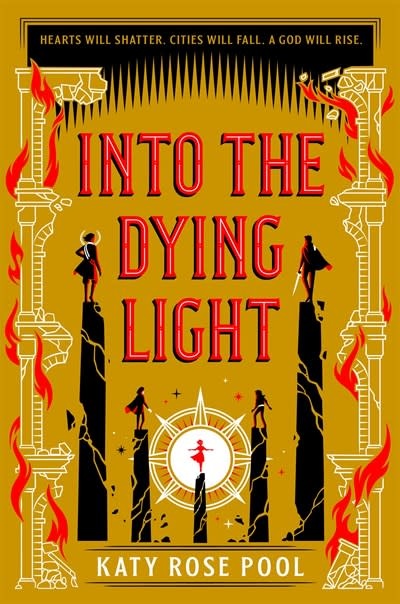 Into the Dying Light

Six of Crows meets Graceling in this jaw-dropping conclusion to the swoon-worthy and action-packed Age of Darkness trilogy—hearts will shatter, cities will fall, and a god will rise from the ashes.

Following the destruction of the City of Mercy, an ancient god has been resurrected and sealed inside Beru's body. But both are at the mercy of the Prophet Pallas, who wields the god’s powers to subjugate the Six Prophetic Cities.

Meanwhile, far away from Pallas Athos, Anton learns to harness his full powers as a Prophet and discovers the truth about how the original Prophets created a weapon capable of killing a god. Along the way, the group’s tenuous alliance is threatened by mounting danger, impossible romances, and most of all by a secret that Anton is hiding: a way to destroy the god at the price of an unbearable sacrifice. But the cost of keeping that secret might be their lives—and the lives of everyone in the Six Prophetic Cities.

Katy Rose Pool was born and raised in Los Angeles, California. After graduating from UC Berkeley with a degree in history, Katy spent a few years building websites by day and dreaming up prophecies by night. Currently, she resides in the San Francisco Bay Area, where she can be found eating breakfast sandwiches, rooting for the Golden State Warriors, and reading books that set her on fire. She is the author of the Age of Darkness trilogy. Follow her on Twitter @KatyPool.