Home » Invasion of the Unicorns 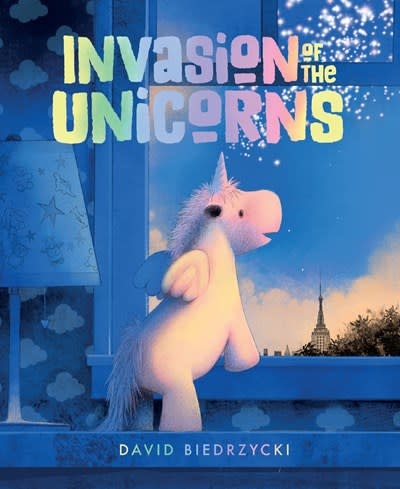 Invasion of the Unicorns

He’s just a cute little unicorn who wants to take over the world.

Special Agent Bubble07 is undercover on planet Earth. His mission: to decide whether his team of alien unicorns should invade Earth. Posing as a stuffed animal, he infiltrates the home of Earthling Daughter, where he puts up with dog slobber, tea parties, and show and tell. Will the unicorn blow his cover and call for backup? Or will his alien heart be won over by storytime, snow days, and snuggles?

David Biedrzycki is the author and illustrator of SumoKitty and Groundhog’s Runaway Shadow, as well as the Breaking News series; the Me and My Dragon series; and the Ace Lacewing, Bug Detective series. He has also illustrated many picture books, including The Beetle Alphabet Book and Dory Story.