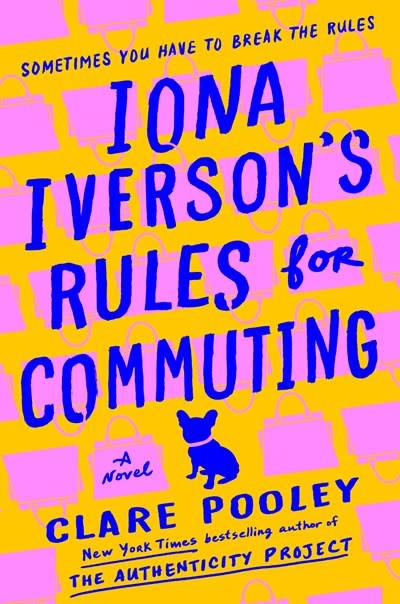 Nobody ever talks to strangers on the train. It’s a rule. But what would happen if they did?

From the New York Times bestselling author of The Authenticity Project comes an escapist read that will transport you, cheer you, and make you smile—and make you, too, wish you had Iona’s gift for bringing out the best in everyone.

Every day Iona, a larger-than-life magazine advice columnist, travels the ten stops from Hampton Court to Waterloo Station by train, accompanied by her dog, Lulu.  Every day she sees the same people, whom she knows only by nickname: Impossibly-Pretty-Bookworm and Terribly-Lonely-Teenager. Of course, they never speak. Seasoned commuters never do.

Then one morning, the man she calls Smart-But-Sexist-Manspreader chokes on a grape right in front of her. He’d have died were it not for the timely intervention of Sanjay, a nurse, who gives him the Heimlich maneuver.

This single event starts a chain reaction, and an eclectic group of people with almost nothing in common except their commute discover that a chance encounter can blossom into much more. It turns out that talking to strangers can teach you about the world around you—and even more about yourself.

Clare Pooley graduated from Cambridge University, and then spent twenty years in the heady world of advertising before becoming a full-time writer. Her debut novel, The Authenticity Project, was a New York Times bestseller, and has been translated into twenty-nine languages. Pooley lives in Fulham, London, with her husband, three children, and two border terriers. Iona Iverson’s Rules for Commuting is her second novel.