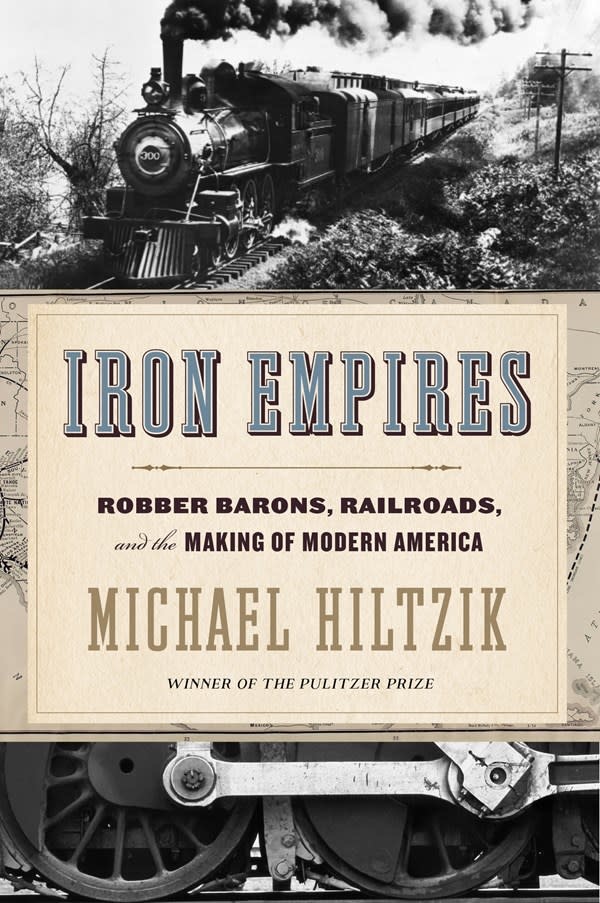 From Pulitzer Prize winner Michael Hiltzik, the epic tale of the clash for supremacy between America’s railroad titans

In 1869, when the final spike was driven into the transcontinental railroad, few were prepared for its seismic aftershocks. Once a hodgepodge of short, squabbling lines, America’s railways soon exploded into a titanic industry helmed by a pageant of speculators, crooks, and visionaries. The vicious competition between empire builders such as Cornelius Vanderbilt, Jay Gould, J. P. Morgan, and E. H. Harriman sparked stock market frenzies, panics, and crashes; provoked strikes that upended the relationship between management and labor; transformed the nation’s geography; and culminated in a ferocious two-man battle that shook the nation’s financial markets to their foundations and produced dramatic, lasting changes in the interplay of business and government.

Spanning four decades and featuring some of the most iconic figures of the Gilded Age, Iron Empires reveals how the robber barons drove the country into the twentieth century—and almost sent it off the rails.

MICHAEL HILTZIK is a Pulitzer Prize-winning journalist and author who has covered business, technology, and public policy for the Los Angeles Times for three decades. He currently serves as the Times's business columnist and hosts its business blog, The Economy Hub. Hiltzik received the 1999 Pulitzer Prize for articles exposing corruption in the entertainment industry. He lives in Southern California with his wife and two children.