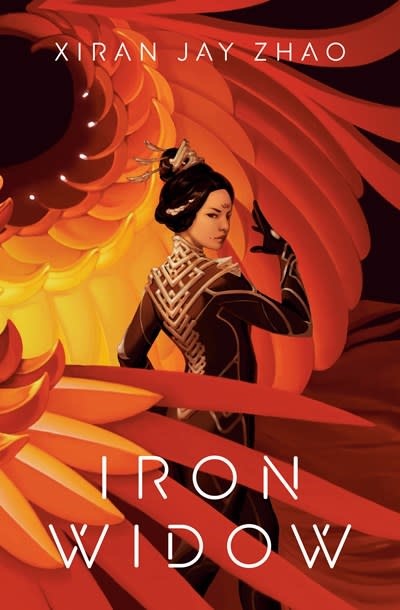 Pacific Rim meets The Handmaid’s Tale in this blend of Chinese history and mecha science fiction for YA readers.

The boys of Huaxia dream of pairing up with girls to pilot Chrysalises, giant transforming robots that can battle the aliens that lurk beyond the Great Wall of China. It doesn’t matter that the girls die from the mental strain.

When 18-year-old Zetian offers herself up as a concubine-pilot, it’s to assassinate the ace male pilot responsible for her sister’s death. But when she gets her vengeance, it becomes clear that she is an Iron Widow, a rare kind of female pilot who can sacrifice males to power up Chrysalises instead.

To tame her frightening yet valuable mental strength, she is paired up with Li Shimin, the strongest male pilot in Huaxia, yet feared and ostracized for killing his father and brothers. But now that Zetian has had a taste of power, she will not cower so easily. She will take over instead, then leverage their combined strength to force her society to stop failing its women and girls. Or die trying.

Series Overview: Zetian seeks revenge for her sister’s death and becomes a powerful Chrysalis pilot in this YA duology which blends Chinese history and mythology with mecha science fiction.

XIRAN JAY ZHAO is a science fiction and fantasy writer who is also training to become a biochemist. She is a first generation Chinese immigrant with an interest in Chinese history, cosplay and anime. Iron Widow is her debut book. Xiran lives and works in Vancouver, BC.