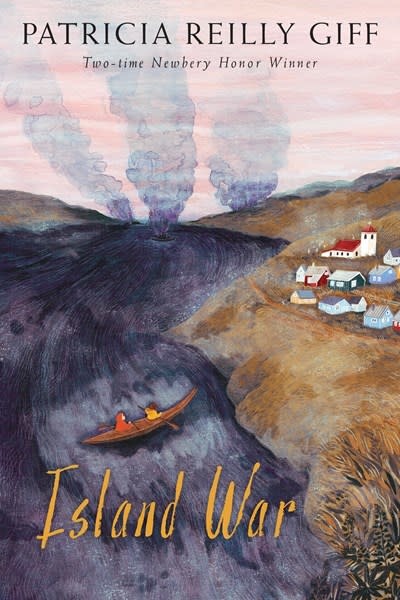 Two young Americans must evade capture by Axis soldiers—and outlast the brutal Alaskan winter—in this thrilling historical novel which shines a light on a little-known facet of World War II.

Fourteen-year-old Matt never wanted to come to the remote Aleutian Islands—he was dragged here by his father for reasons he can’t understand. Eleven-year-old Izzy, on the other hand, loves it—the wild weather, the strange birds, all the new people she’s meeting. The two have little in common, except their hometown—they certainly aren’t friends.

But when Japanese soldiers land on the island, Izzy and Matt are the only ones who escape being shipped off to a prison camp. The two kids must put their differences aside and work together if they’re going to survive. With a long, harsh winter ahead of them, they’ll need to dodge Axis soldiers and withstand Allied bombing raids—and keep the village dog from giving them away to the enemy, too.

Told in alternating point-of-view chapters, Island War is set amidst the Japanese occupation of the remote Aleutian Islands—the only foreign invasion of the United States that took place during World War II. Fans of Hatchet and Julie of the Wolves will be riveted by two-time Newbery Honoree Patricia Reilly Giff’s thrilling story of survival, resilience, and the power of cooperation.

Patricia Reilly Giff received two Newbery Honor Awards for her novels Lily’s Crossing and Pictures of Hollis Woods. Some of her other middle grade novels include Genevieve’s War, winner of the Christopher Award; Nory Ryan’s Song, an ALA Notable Book; and Eleven. Her Kids of the Polk Street School series remain a popular chapter book mainstay. She has a doctorate in reading and spent twenty years teaching in New York City public schools, and now lives in Connecticut.