Home » It Could Happen Here 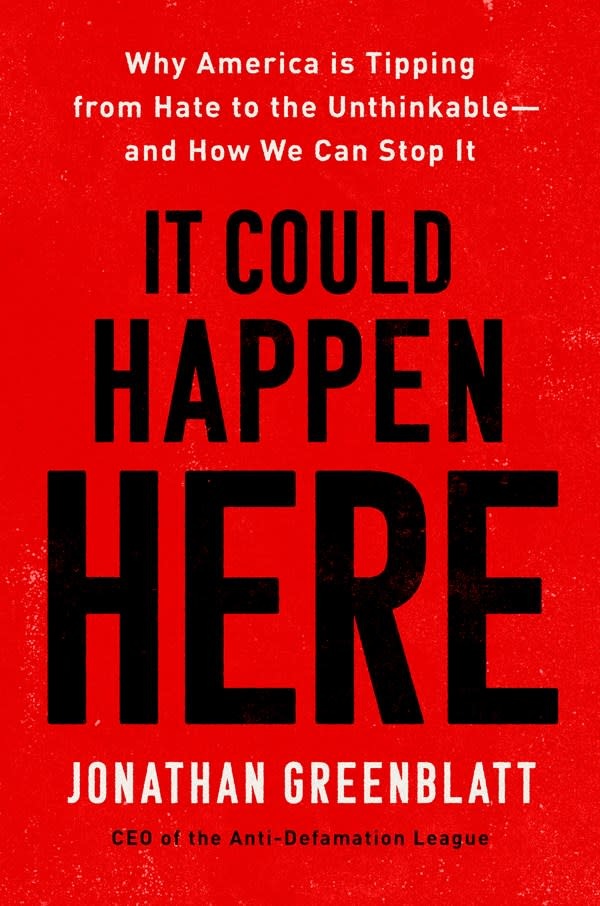 It Could Happen Here

From the dynamic head of the Anti-Defamation League, a provocative and impassioned argument about the looming risk of genocide in the United States, informed by the non-profit’s decades of research and teachings

JONATHAN GREENBLATT is the CEO of the Anti-Defamation League (ADL), the oldest anti-hate group in the world and one of the leading civil rights organizations in America. Greenblatt joined ADL in 2015 after serving in the White House as special assistant to President Obama and director of the Office of Social Innovation. He joined government after a distinguished career in business as a successful social entrepreneur and corporate executive: he cofounded Ethos Water (acquired by Starbucks, 2005), founded All for Good (acquired by Points of Light, 2011), and served as a senior executive at realtor.com (acquired by News Corp, 2014).