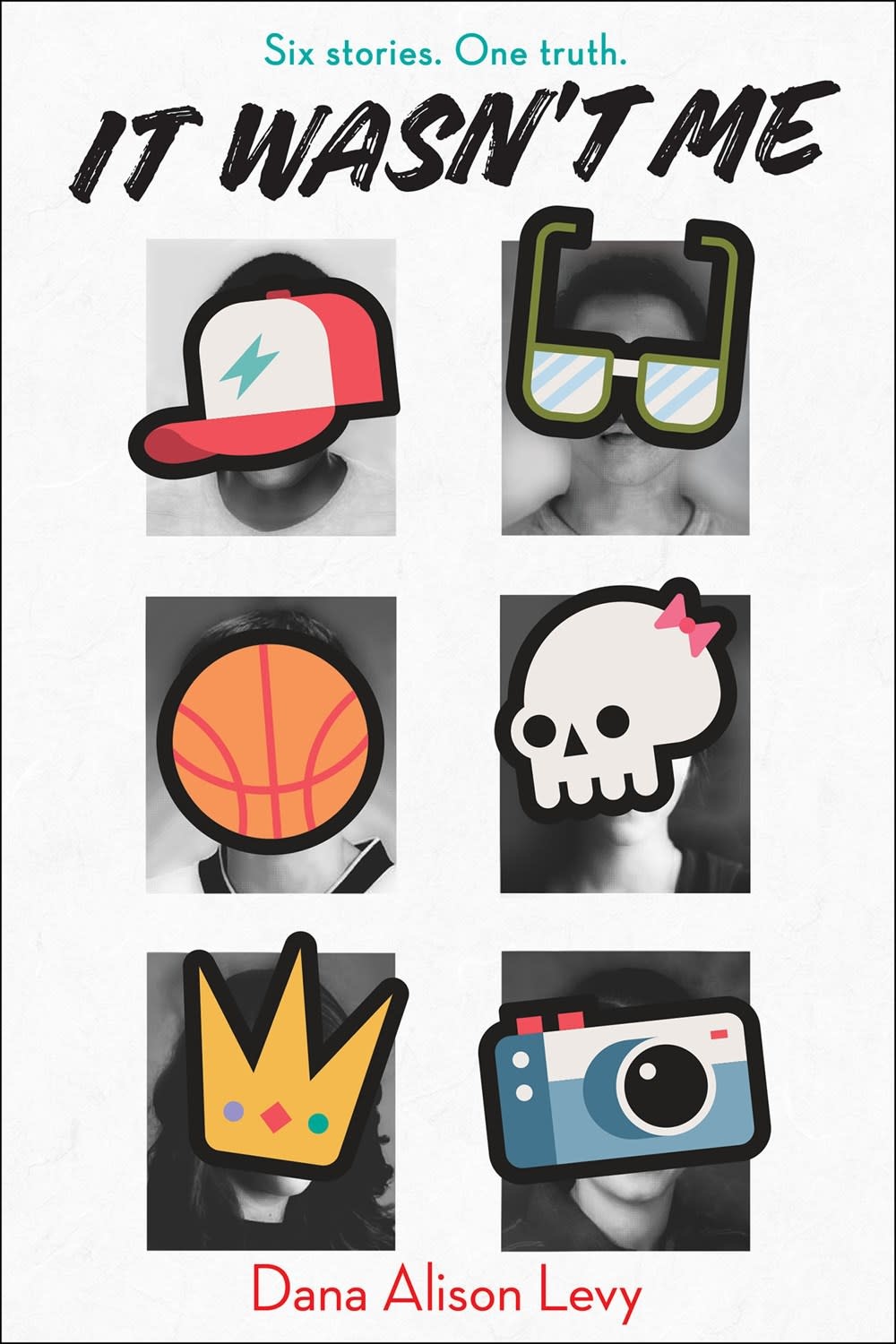 “Every reader will find some piece of themselves in Levy’s sharp, humorous, and heartfelt novel. A twisty mystery with quirky, unforgettable characters and a positive message to boot.”

The Breakfast Club meets middle school with a prank twist in this hilarious and heartwarming story about six very different seventh graders who are forced to band together after a vandalism incident.

When Theo’s photography project is mysteriously vandalized at school there are five suspected students who all say “it wasn’t me.”

Theo just wants to forget about the humiliating incident but his favorite teacher is determined to get to the bottom of it and has the six of them come into school over vacation to talk. She calls it “Justice Circle.” The six students—the Nerd, the Princess, the Jock, the Screw Up, the Weirdo, and the Nobody—think of it as detention. AKA their worst nightmare.

That is until they realize they might get along after all, despite their differences. But what is everyone hiding and will school ever be the same?

“What at first seems like a novel solely about bullying becomes a story about six kids who find their way to true friendship and fierce loyalty, and why restorative justice is worth the time and effort it takes.” —Publishers Weekly, starred review

“A timely, introspective whodunit with a lot of heart.” —Kirkus Reviews, starred review

Dana Alison Levy was raised by pirates but escaped at a young age and went on to earn a degree in aeronautics and puppetry. Actually, that’s not true—she just likes to make things up. That’s why she always wanted to write books. She was born and raised in New England and studied English literature before going to graduate school for business. While there is value in all learning, had she known she would end up writing for a living, she might not have struggled through all those statistics and finance classes. Dana was last seen romping around with her family in Massachusetts. Visit her website or find her on Twitter and Instagram @danaalisonlevy.