Home » Jane Against the World: Roe v. Wade and the Fight for Reproductive Rights 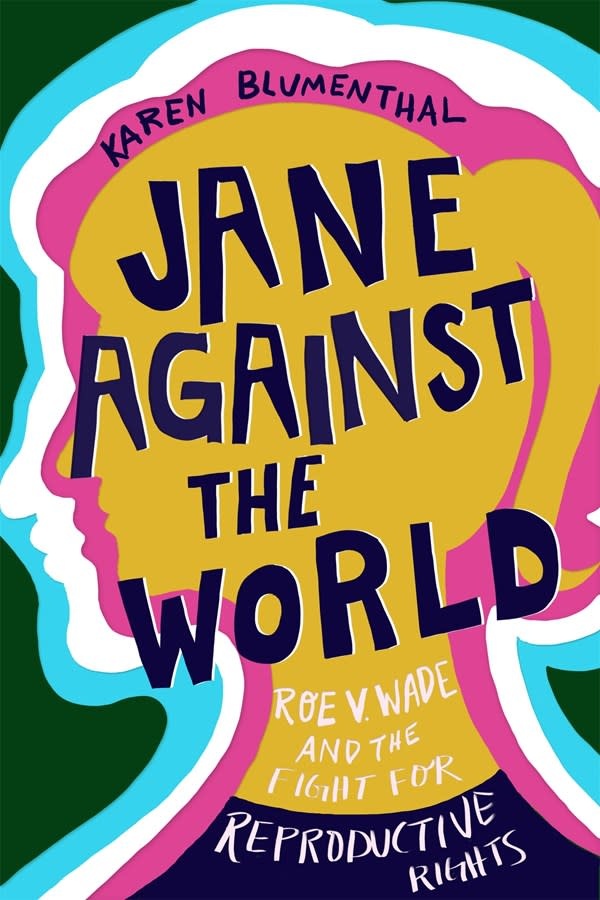 Jane Against the World: Roe v. Wade and the Fight for Reproductive Rights

This YA nonfiction by award-winning author Karen Blumenthal reveals the riveting history of the fight for reproductive rights in the United States—and how Roe v. Wade was only the beginning.

Here is a journalistic look at the history of abortion perfect for fans of Steve Sheinkin and Deborah Heiligman.

Tracing the path to the landmark decision in Roe v. Wade and the continuing battle for women's rights, Blumenthal examines the root causes of the current debate around abortion and the repercussions that have affected generations of American women.

As reproductive rights continue to be challenged across the country, Blumenthal’s eye-opening work remains an important and necessary read.

Karen Blumenthal is an award-winning children's nonfiction writer and a long-time journalist. Her book Bootleg: Murder, Moonshine, and the Lawless Years of Prohibition received four starred reviews and was a finalist for the YALSA Excellence in Nonfiction for Young Adults Award. Later, Six Days in October: The Stock Market Crash of 1929, was named a Sibert Honor Book, and Let Me Play: The Story of Title IX, won a Jane Addams Children's Book Award. Karen's recent book, Tommy: The Gun That Changed America, explores the history and controversy of the famous and deadly Tommy gun. She lives in Dallas, Texas.