Home » Jane Austen and Shelley in the Garden: A novel with pictures 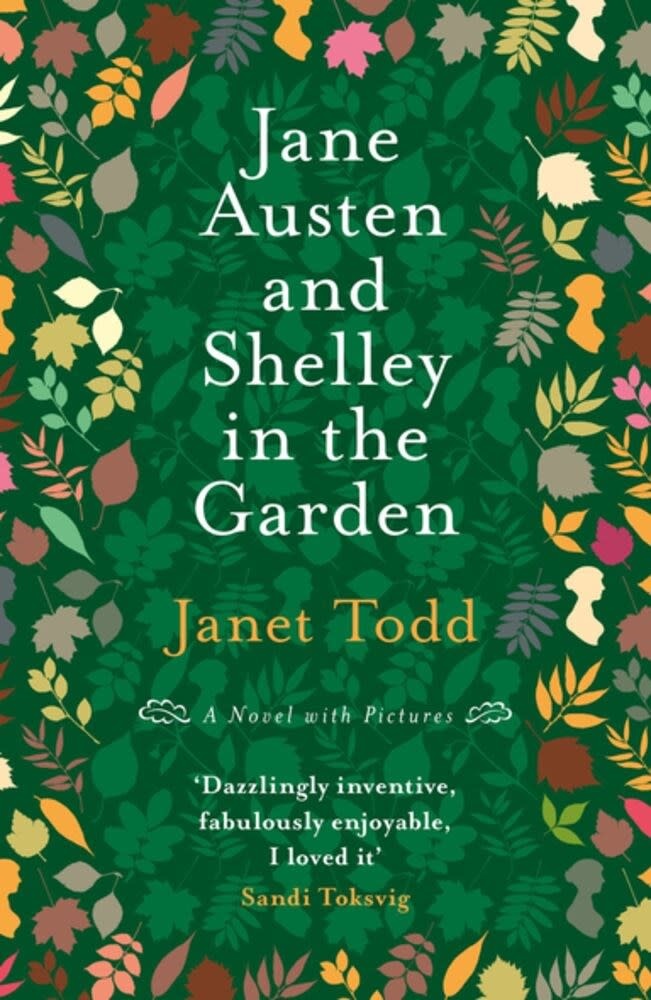 Jane Austen and Shelley in the Garden: A novel with pictures

Eccentric Fran wants a second chance. Thanks to her intimacy with Jane Austen, and the poet Shelley, she finds one.Jane Austen is such a presence in Fran's life that she seems to share her cottage and garden, becoming an imaginary friend.Fran’s conversations with Jane Austen guide and chide her – but Fran is ready for change after years of teaching, reading and gardening. An encounter with a long-standing English friend, and an American writer, leads to new possibilities. Adrift, the three women bond through a love of books and a quest for the idealist poet Shelley at two pivotal moments of his life: in Wales and Venice. His otherworldly longing and yearning for utopian communities lead the women to interrogate their own past as well as motherhood, feminism, the resurgence of childhood memory in old age, the tensions and attractions between generations. Despite the appeal of solitude, the women open themselves social to ways of living - outside partnership and family. Jane Austen, as always, has plenty of comments to offer.The novel is a (light) meditation on age, mortality, friendship, hope, and the excitement of change.

Janet Todd (Jane Austen's Sanditon, Don't You Know There's a War On? Radiation Diaries, Aphra Behn: A Secret Life, A Man of Genius) is a novelist, literary critic and the biographer of Mary Wollstonecraft and her daughters Mary Shelley and Fanny Wollstonecraft. She has written widely on Jane Austen's work and is the General Editor of The Cambridge Edition of the Works of Jane Austen. A former president of Lucy Cavendish College, Cambridge, an Emerita Professor at the University of Aberdeen and an Honorary Fellow of Newnham College, Cambridge. Born in Wales, she grew up in Britain, Bermuda and Ceylon/Sri Lanka and has worked at universities in Ghana, Puerto Rico, India, the US (Douglass College, Rutgers, Florida), Scotland (Glasgow, Aberdeen) and England (Cambridge, UEA). She lives in Cambridge and Venice.