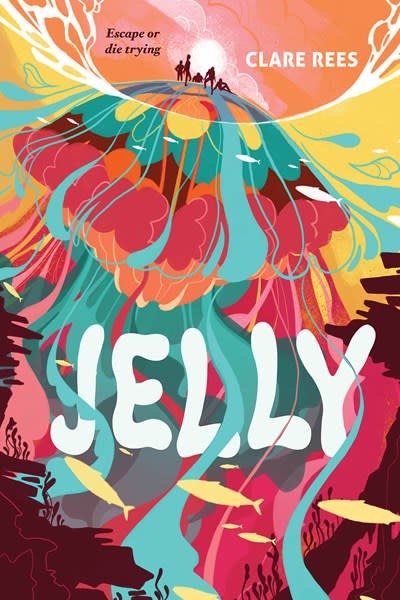 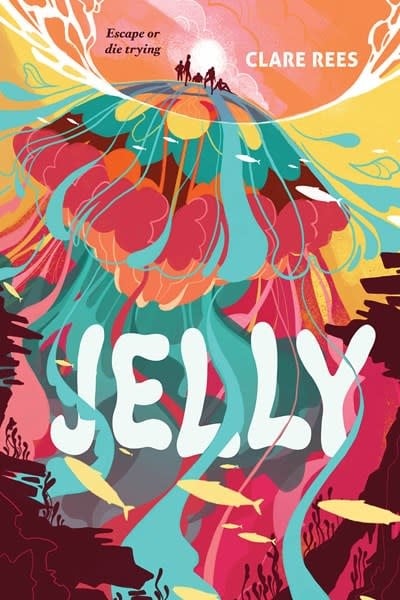 The biggest problem with being trapped on a jellyfish isn’t what you’d expect. You get over the fear of death (because you start looking forward to it) and the smell of fish (because it quickly becomes your breakfast, lunch, and dinner). Boredom is an issue, sure, but it’s not the main one; the biggest problem is not being able to get away from everyone.

Martha is stuck on the back of the jellyfish and has been for a long time. She and everyone else living there don’t know how exactly they got there or how long they’ve been there or where they’re going—they just remember that something traumatic happened. And they can’t escape.

But now, the crew has finally had enough. They’re going to escape the jellyfish—or die trying. (Which probably means dying.) Funny, strange, and completely original, Jelly is an unforgettable young adult debut.

Clare Rees works as an English teacher and writer. She feels privileged to work with teenagers and loves that she gets to spend her days encouraging reading and writing skills in others. Jelly began life as an exercise with her class, and all its most perilous, rude, or graphic parts are influenced by their voluble feedback. She lives in Wokingham, England.