Home » Journey Around the Sun 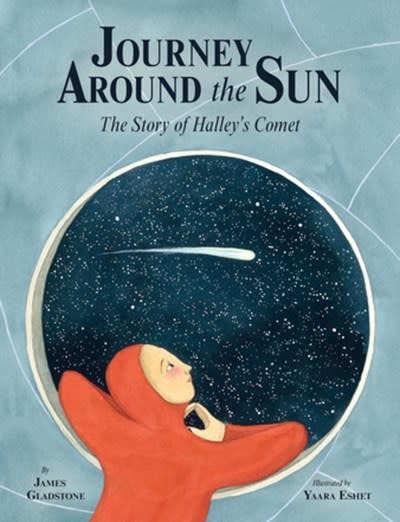 Journey Around the Sun

Halley’s Comet, visible from Earth only once every 75 years, tells its own story in this unique informational picture book. With each return of the comet, the book highlights human life at that time, and how science has advanced toward a greater understanding of our universe.

Told in minimal, poetic text paired with detailed captions for context, the book begins with sightings in ancient civilizations, where for centuries, the comet was a mystery recorded in art and writing. From Edmond Halley’s successful prediction of the comet’s return in 1758, through the advent of technologies like cameras and eventually a spacecraft that photographed its ice core, Halley’s Comet tells an inspiring and wide-reaching story of scientific advancement and cultural history.

The book closes by inviting readers to wonder what our world might look like the next time Halley’s Comet is visible from earth, expected in 2061. What will the comet “see,” next time it passes by on its journey?

JAMES GLADSTONE is an author of picture books for children, including When Planet Earth Was New, Earthrise, and Turtle Pond, which won the Norma Fleck Award for Canadian Children's Non-Fiction. James' latest book, Journey Around the Sun, follows Halley's Comet on its travels through the ages. James lives in Toronto, Ontario.YAARA ESHET is an artist and illustrator who was born in Israel and studied at the Bezalel Academy of Art and Design in Jerusalem. In addition to her illustrations for daily newspapers, magazines, and literary publications, Yaara has illustrated over 30 books for children, youth, and adults. Yaara lives in Toronto with her family and cats.