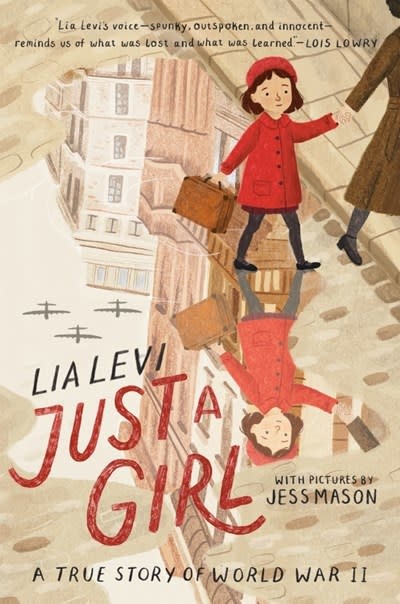 From Italian-Jewish author Lia Levi comes her award-winning memoir, detailing how she came of age in Fascist Italy during World War II. Complete with endearing black-and-white illustrations throughout, a moving author's note, and family photos.

1938, Italy. Lia is terribly shy with a birdlike, quiet voice. When Mama tells Lia that prime minister Mussolini doesn't want Jewish children in schools anymore, Lia is happy. No more school! No one will be angry about her small voice. But why is Mussolini singling out Jewish people?At just six years old, Lia doesn't know the terms "discrimination" or "anti-Semitism," but she will live and experience it, as Hitler and Mussolini's racial laws take more and more from her family and friends. Eventually her parents are forced to send Lia and her sisters to hide at a convent. Unfortunately, there are still math lessons but also a theater with costumes and a piano. Through it all, Lia tries to understand what's happening and adapt to her new life, all while longing to be "just a girl."From Lia Levi comes a simply written, beautifully illustrated memoir of a girl who becomes progressively more aware of the world and complex human nature, growing into a thoughtful, reflective young woman. Just a Girl is perfect for fans of Kimberly Brubaker Bradley and Lois Lowry.

Lia Levi was born in Pisa, Italy, in 1931. After World War II, she studied philosophy and worked as a journalist in Rome, where she lives today. Her first book, Just a Girl, was published as a memoir for adults in 1994 and won the Elsa Morante First Novel Prize. In celebration of her memoir’s twentieth-fifth anniversary, Lia adapted Just a Girl for young readers.Jess Mason is inspired by history, folk art, medieval manuscripts, Renaissance maps, and the sleeping positions of her cat. She found it both fascinating and inspiring to venture into Lia’s world and view World War II through the lens of a child living through it. Visit her at www.jessmasonillustration.com.