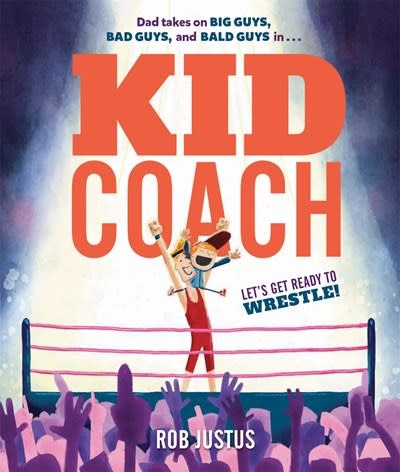 Kid Coach is determined to turn couch-potato Dad into an award-winning wrestling champion...but can he also turn Dad into a good sport?

Kid Coach takes couch potatoes and turns them into champions. And no one is a bigger couch potato than Dad. It will take all of Kid Coach’s expertise to get Dad off the couch at all let alone in fighting form for the local Wrestle-Rumble-Mania Tournament of Champions. Dad will have to go up against big guys, bald guys, bad guys, and even… big bald bad guys! But soon Kid Coach learns that while training a champion may be tough, teaching Dad to be a good sport might be even tougher. Can Kid Coach get Dad to tap out before he becomes big, bald, bad guy toast?