Home » Kids on the March 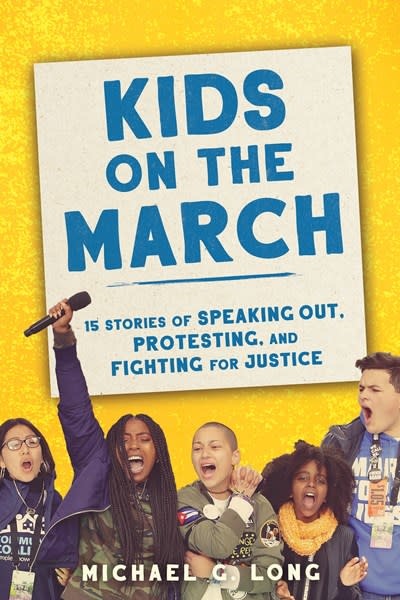 Kids on the March

Kids have always been on the front lines of the fights for justice. From marches protesting child labor to the student strike that helped build the case for Brown v. Board of Education to modern-day March for Our Lives and the Climate Strike, Kids on the March tells the empowering story of children and teens throughout the twentieth and early twenty-first century rallying to fight for liberty, justice, and equality.

From the March on Washington to March for Our Lives to Black Lives Matter, the powerful stories of kid-led protest in America.

Kids have always been activists. They have even launched movements. Long before they could vote, kids have spoken up, walked out, gone on strike, and marched for racial justice, climate protection, gun control, world peace, and more.

Kids on the March tells the stories of these protests, from the March of the Mill Children, who walked out of factories in 1903 for a shorter work week, to 1951’s Strike for a Better School, which helped build the case for Brown v. Board of Education, to the twenty-first century’s most iconic movements, including March for Our Lives, the Climate Strike, and the recent Black Lives Matter protests reshaping our nation.

Powerfully told and inspiring, Kids on the March shows how standing up, speaking out, and marching for what you believe in can advance the causes of justice, and that no one is too small or too young to make a difference.

Michael G. Long is the author and editor of many books on civil rights, peaceful protest, and politics. Kids on the March is his first book for younger readers.